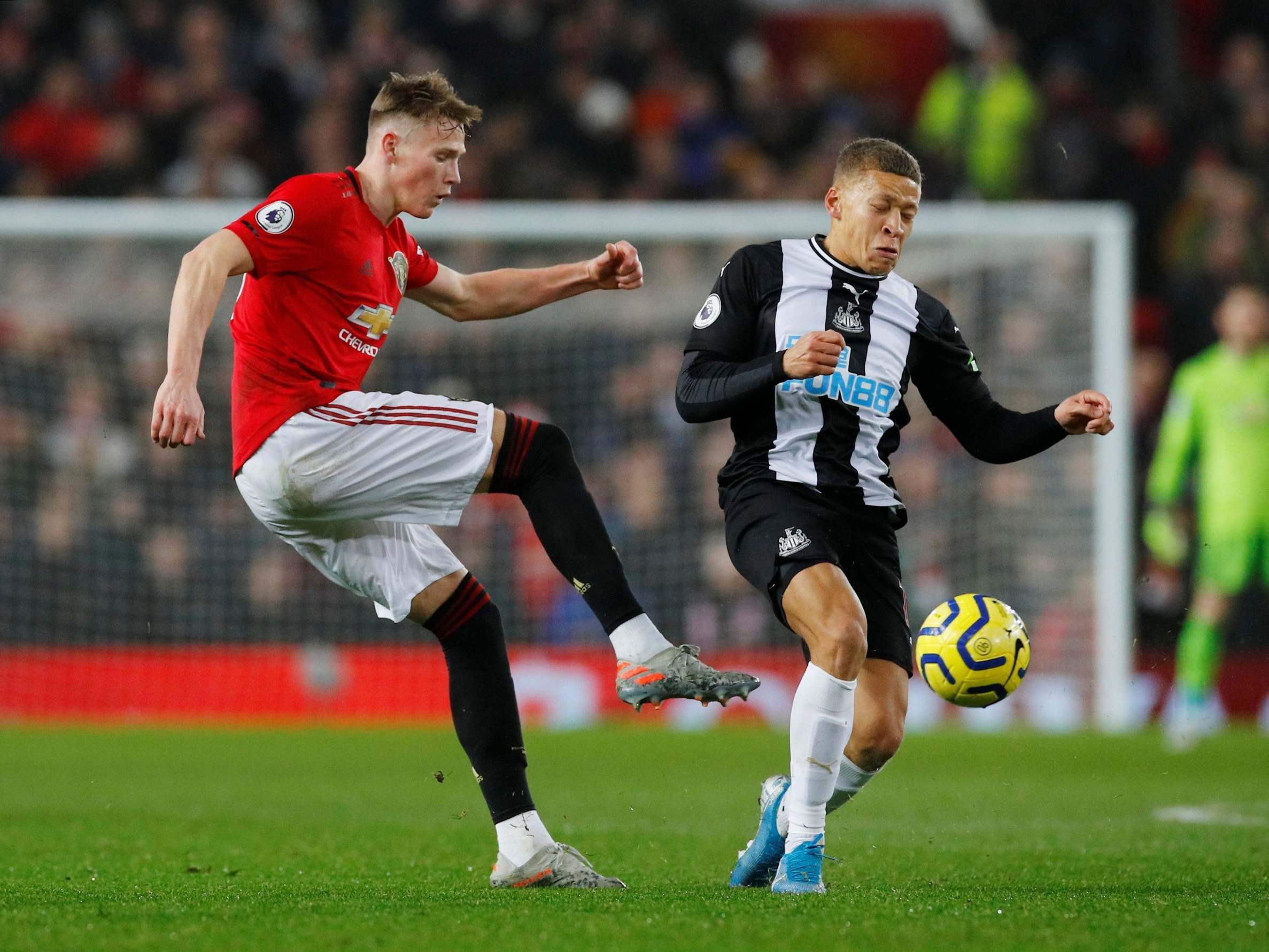 The gloss was taken off Manchester United’s 4-1 thumping of Newcastle United as midfielder Scott McTominay left Old Trafford on crutches and looking unlikely to be fit for the rest of the Christmas programme.

“He’s done his ligament in the knee, probably,” manager Ole Gunnar Solskjaer said after the win that lifted United right back into the mix for a Champions League spot.

“I don’t know how bad it is. The boy has got the biggest heart of the lot. We’ll find out tomorrow how it is.”

Two goals by Anthony Martial and one each for young strike duo Mason Greenwood and Marcus Rashford allowed United to hit back in style after Matty Longstaff had put Newcastle ahead.

They are now in seventh spot, only four points behind fourth-placed Chelsea who have lost five of their last seven matches in the Premier League.

United are at Burnley on Saturday when Solskjaer might be tempted to unleash Greenwood, Martial and Rashford as a front three again — a plan that worked a treat on Thursday.

Greenwood’s goal was the pick of the bunch, the 18-year-old thumping home left-footed from 25 metres after pouncing on a mistake by Newcastle’s defence.

“Mason (Greeenwood) is a great striker of the ball. You know he is going to hit the target more times than not,” Solskjaer said. “The way he strikes it is nice to see and he is so unfazed by whatever happens.

“The three of them are a handful when we can get the space we did today. These boys will never give up, this club knows that towards the end we can nick a point or even three from losing positions.”

A second substitute appearance from Paul Pogba, replacing McTominay, was another boost for Solskjaer as the Frenchman gets back up to speed from a long injury lay-off.

“It’s still a bit early for him, he has been out for a long time but he has to get used to being back on a big pitch,” Solskjaer said. “We have had some five-a-side but not with 21 other men on the pitch. He will get better and better.”

With Burnley up next and then Arsenal on New Year’s Day, Solskjaer’s side have the chance to put pressure on the team’s above them, but they have been inconsistent this season.

Tired legs will be no excuse though, Solskjaer says.

“It is not fair to ask players to play two games in three days but we just have to get on with it, we are young and mentally strong and that means we will be ready,” he said.

READ  Man Utd will only open Paul Pogba contract talks on one condition as Real Madrid eye deal
Share on FacebookShare on TwitterShare on PinterestShare on Reddit
newsgrooveDecember 26, 2019