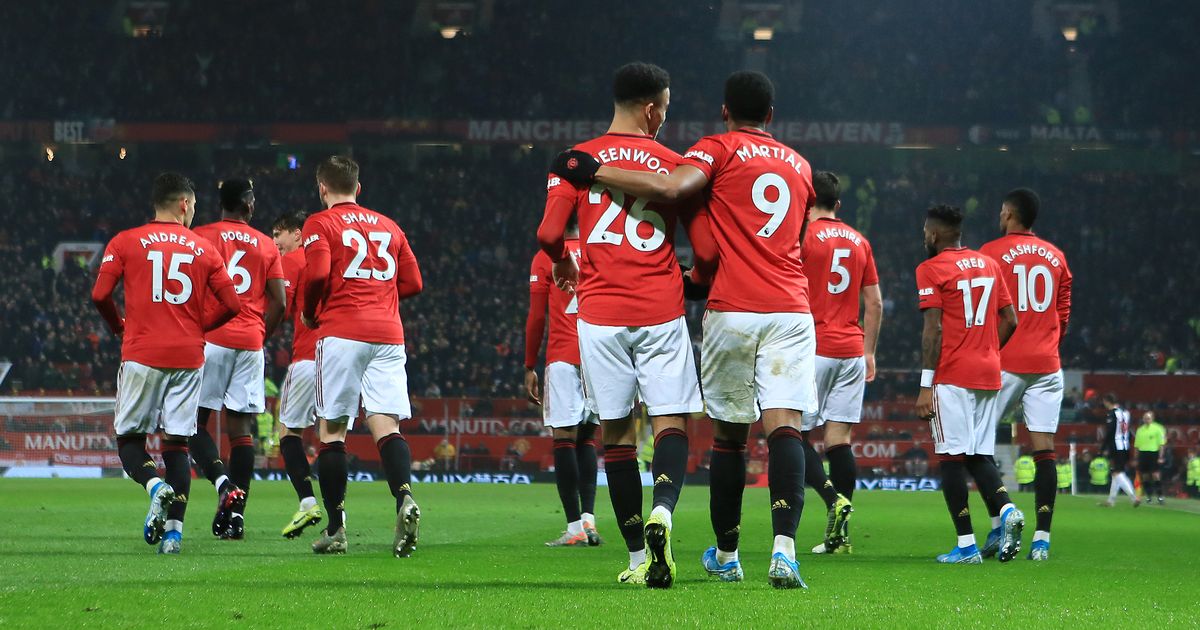 Manchester United endorsed their Jekyll and Hyde status with this comprehensive dismantling of Newcastle.

After losing to Watford – then the Premier League’s bottom club – last Sunday, the pressure was on Ole Gunnar Solskjaer’s side to respond and get back on track in their pursuit of a top-four place.

United duly did that with this convincing win, but in doing so it raised the question of why they cannot produce this level of performance on a consistent basis throughout the season.

Anthony Martial scored twice, with Mason Greenwood and Marcus Rashford plundering the other goals to send United up one place to seventh, four points off fourth spot.

At the halfway stage of the campaign, United remain a quandary, a team capable of beating the likes of Manchester City and Tottenham, only to capitulate to the lesser lights of the top-flight.

Here, though, was a return to winning ways, with United coming from behind, after a timid start, to blitz Newcastle with three goals in 19 minutes, the fourth coming just after the restart.

Matty Longstaff, who scored in Newcastle’s 1-0 win over United at St James’ Park in October, repeated that feat after 17 minutes.

With United’s backline all over the place, Longstaff lobbed the ball in to Joelinton, who held it up before returning the favour.

It was a deserved lead for Newcastle, who took full advantage of their opponents’ sloppy and sluggish start to raise the prospect of a first league double over the Reds for 89 years.

But United’s response was swift and ruthless, Solskjaer’s side getting back on level terms within seven minutes and using that leveller as the platform to go on and win the game.

Luke Shaw made an impressive run down the left, funnelling the ball inside to Andreas Pereira, who in turn laid it off to Martial.

Martial took his shot early and hit it hard, the combination of the element of surprise and the power in the execution leaving Martin Dubravka unable to keep the ball out.

Suddenly the momentum was with the home side, who went ahead 12 minutes later, Greenwood capitalising on a sloppy pass into no-man’s land from Fabian Schar.

Greenwood seized on the loose ball and skipped goalwards before unleashing a thunderous left-footed effort that took a deflection before crashing in off the underside of the bar.

It was Greenwood’s eighth goal of the season and fourth in his last five games, with United in full swagger mode by this stage.

They went 3-1 up four minutes before the break, Aaron Wan-Bissaka crossing for Rashford to apply a Cristiano Ronaldo-esque header – hanging high in the air before meeting the ball – into the net.

READ  US PGA Championship 2020: second round – as it happened

There was no way back for Newcastle after that, with Martial claiming his second of the game, seizing on a woefully under-hit pass from Sean Longstaff and clipping the ball over Dubravka.

With the game won, Martial and Rashford were swiftly replaced to keep them as fresh as possible for tomorrow’s trip to Burnley.