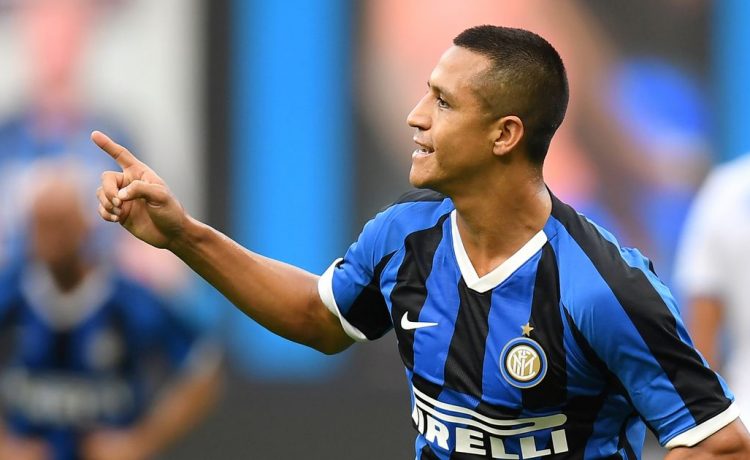 The Norwegian coach has finally managed to get Paul Pogba and Bruno Fernandes in the same team, and it was clear to see the benefit of that against Brighton & Hove Albion midweek when the Reds ran out comfortable winners.

Solskjaer is not content with what he has, however, and United have been linked with a string of big-name signings this summer.

It’s unlikely there will be a significant overhaul, but that hasn’t stopped the rumour mill churning out stories. Here are the latest United rumours.

The future of Alexis Sanchez at Manchester United has taken an interesting development.

The Chilean is currently on loan at Inter Milan under Antonio Conte, a spell that has seen him return two goals and five assists in 13 league games. That has convinced Conte to extend Sanchez’s stay at the club, according to Sky Italia (via Sempre Inter).

United have already agreed to extend the player’s loan deal until the end of the Serie A season, but Inter are now looking at options beyond this current season. The report said it would cost Inter €10-15million to buy the player permanently and they are now considering a loan deal with an obligation to buy.

Veteran midfielder Juan Mata is considering his future at the club amid reported interest from Fenerbahce.

The former Chelsea and Valencia player is in the final year of his contract at Old Trafford although the club do hold the option to extend it by a year. Despite not being a central figure at the club, the Spaniard has played 1,806 competitive minutes this season.

That hasn’t stopped him considering his future, however, with Turkish website Sansursuz Futbol claiming Mata is ready to leave Old Trafford to join Fenerbahce when the transfer window reopens.

Ole Gunnar Solskjaer will seek out former team-mate Diego Forlan as he plans to make a move for Uruguayan starlet Facundo Pellistri, according to The Athletic.

The 18-year-old striker – who is coached by Forlan – is thought to have a £10million release clause in his contract.

Solskjaer will reportedly speak to his friend Forlan ahead of a summer move, but Real Madrid and Manchester City will offer United competition.