Premier League clubs have decided to block players from travelling to South American countries, with the UK government unwilling to make exemptions to quarantine rules 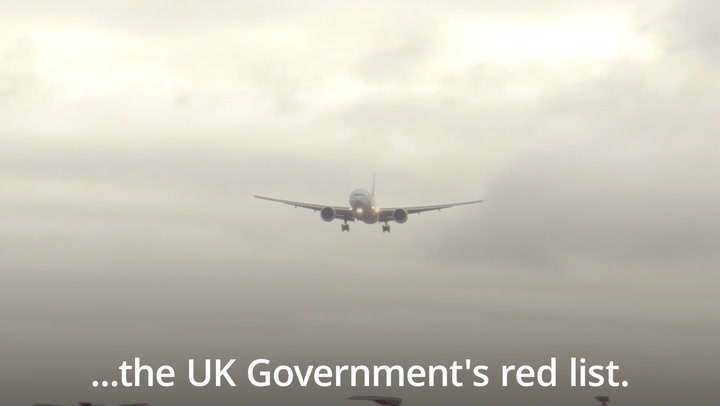 The Brazilian FA are set to demand that Premier League players who are refused permission to fly home during the international break are banned from playing for their clubs.

Nine players from six clubs have been blocked from joining the Selecao for World Cup qualifiers against Chile, Argentina and Peru.

Premier League players have been instructed to not travel to South America, due to the strict 10-day quarantine they would be forced to undertake upon their return.

Liverpool, Manchester City, Manchester United, Chelsea, Everton and Leeds all have players selected for the fixtures, but will miss top-flight clashes should they join up with the national squad.

According to MailSport, FA chiefs in Rio are set to lodge a complaint with FIFA, who can invoke a ban on the affected players, meaning they cannot play for five days after Brazil’s last fixture, which is on September 10.

That would rule all nine out of Premier League clashes over the first weekend back, while Man Utd’s Fred and Chelsea’s Thiago Silva would also miss their respective clubs’ Champions League openers.

Liverpool trio Alisson, Fabinho and Roberto Firmino are also set to remain in the UK, along with Everton striker Richarlison, Gabriel Jesus and Ederson from Man City and Leeds star Raphinha.

Premier League bosses came to the decision to block players from playing, although that decision was undermined when Aston Villa confirmed Emi Martinez and Emi Buendia would join up with the Argentina squad.

Tottenham will also allow Giovani Lo Celso and Cristian Romero to play for a full-strength Argentina, who will be widely expected to beat what promises to be a vastly weakened Brazil side.

The five-day ban would be a blow to all six clubs, but it would be the lesser of two evils in comparison to the long period of self-isolation that would be required should they return to Brazil.

Chelsea boss Thomas Tuchel opened up on the difficult decision to block Silva from travelling, revealing that without the ban, he would miss as many as five fixtures.

Brazilian trio Firmino, Alisson and Fabinho would all miss fixtures for Liverpool

He explained: “If Thiago goes to a red list country, he will play three times, then come back and sit in a hotel for 11 days that would have cost him three matches without any training, then in total five matches in our schedule, then he would be able to play two matches for us and then go back on an international break.

“For us, a player that is paid and a player for Chelsea, this cannot be the solution. Clearly not.

“So we were absolutely shocked about the situation at first and confused, and now I am very happy because things are clear and it can only be like this.

“The club needs to get protection on this subject, the club pays the players and the players are here and need to be safe in these crazy times.”