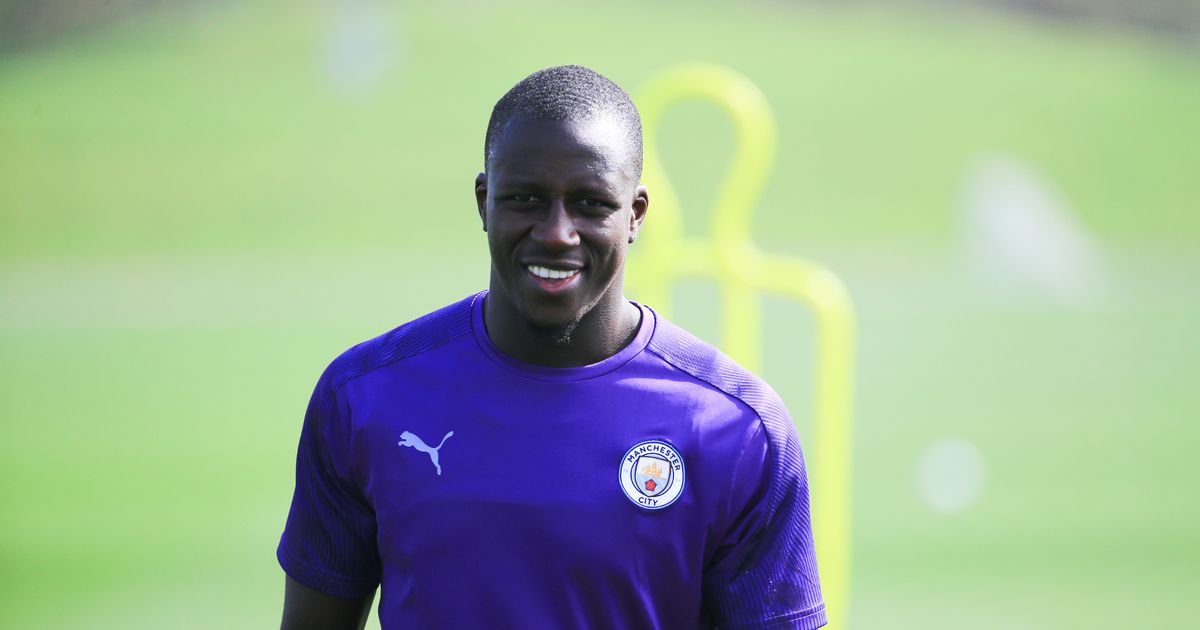 Man City’s Benjamin Mendy has shown his generous side by donating one of his match shirts to a homeless man.

The defender had been for a meal in Rosso restaurant – owned by Rio Ferdinand – in Manchester city centre, when the man approached his car.

Mendy stopped his vehicle to chat to the man, who asked the left-back for some spare change.

However the MEN report that the 25-year-old only had his credit card on him at the time, so instead offered one of his shirts.

Mendy then smiled and gave a thumbs up to the man, as onlookers commented on what they had witnessed.

One person said: “”No way. He gave him a shirt. Bro, be grateful bro, you got a shirt.

The homeless man had earlier approached Ahmed Abbin outside Rosso just before midnight on Thursday.

Mr Abbin told the MEN: “I was walking past Rosso restaurant and I saw a homeless man who asked me for change.

“I said I didn’t have any, but knew there was a footballer inside that might be able to help.

“I saw Benjamin Mendy as he was leaving Rosso Restaurant last night. He got into a car and was being driven and stopped to take some photos for the press.

“As they were about to drive off, a homeless man went to go and ask him for some change, but Mendy said he only had his card and said instead he would give him his shirt.

“I don’t think the homeless guy had a clue what was happening, but one of the paparazzi bought the shirt off him – so I guess he got the money he needed.”

Mendy – who is on a reported £100-per-week contract – is not the first Man City star to show his genorosity.

Former striker Mario Balotelli famously drove round Manchester handing out money to bystanders around Christmas time during his period with the club.