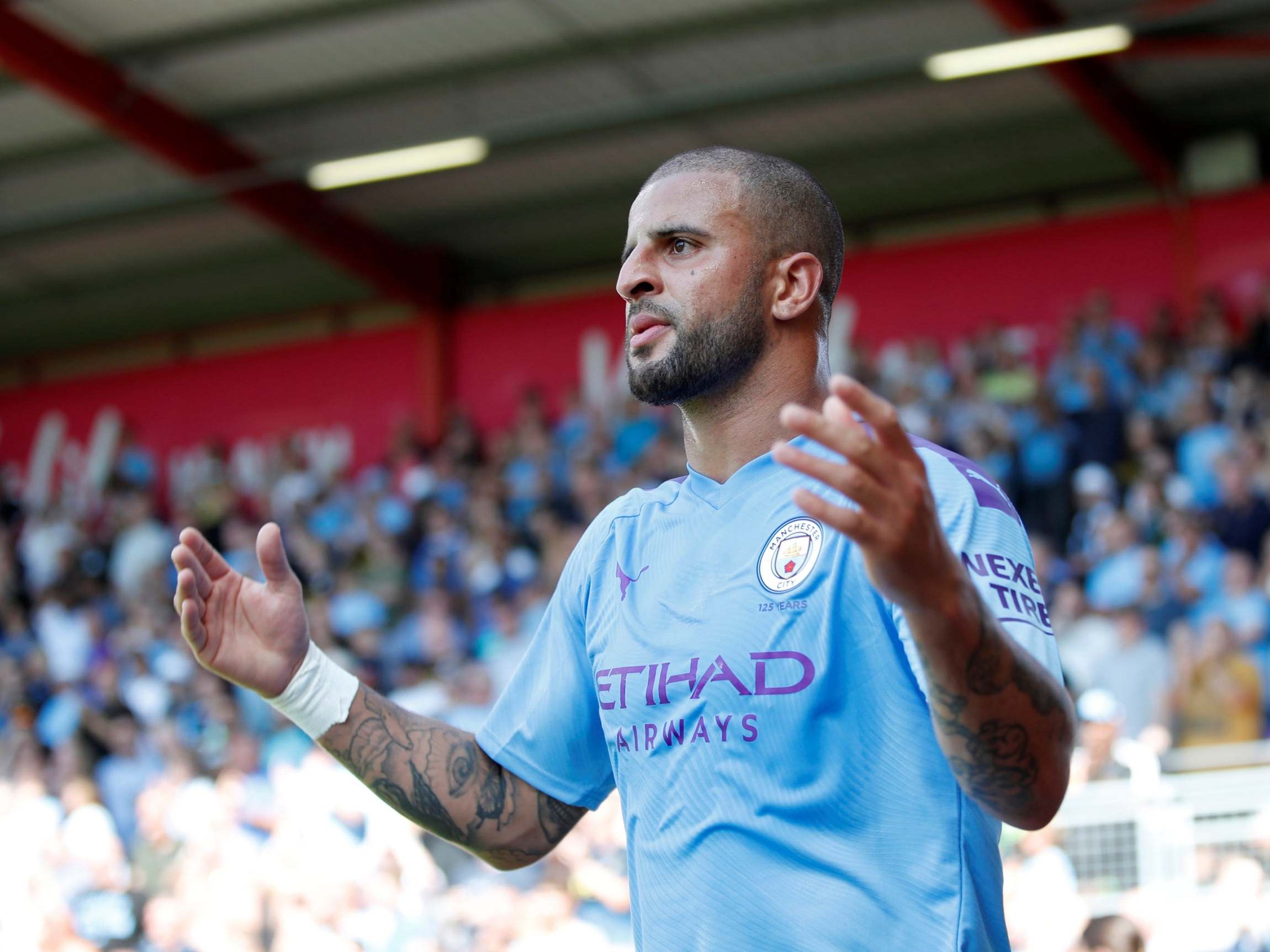 Kyle Walker may have missed out on England selection this week but can expect to start for Manchester City against Brighton on Saturday after Pep Guardiola gave the defender his full backing.

Gareth Southgate has favoured youth for England’s upcoming Euro 2020 qualifiers against Bulgaria and Kosovo, selecting Aaron Wan-Bissaka and Trent Alexander-Arnold instead, but Guardiola has no concerns that Walker will be affected by the decision.

Guardiola admitted he was “a little bit” surprised by the decision, but added: “I’m not involved. We respect the decision. I think Kyle is coming back and is stronger.

“But the decision, of course I understand it and we support the manager of the national team, Gareth, and of course Kyle.

“I’m sure the players want to go to the national team and play but this happens, so you adapt.”

Walker also faces added competition at club level following the signing of Joao Cancelo, who made his debut as a substitute last week, but Guardiola hinted he remains first-choice for now with the Portuguese still settling in.

“There are many things Kyle knows completely and Joao is starting to understand what to do,” he said.

While Walker was disappointed, fellow City defender Aymeric Laporte got better news with a long-awaited France call-up – his first since March 2017 – and a chance for the 25-year-old to win his first senior cap.

“For me he is the best left-sided centre-back,” Guardiola said. “You cannot find another guy who can create, be defensive and offensive, the mentality of how he is.

“I am incredibly grateful to Didier Deschamps and so happy for him because he deserves it.”

City were handed a favourable-looking Champions League draw on Thursday, grouped with Shakhtar Donetsk, Dinamo Zagreb and Atalanta to strengthen their status as one of the competition’s favourites.

Guardiola won the competition twice with Barcelona but could not bring the trophy to Bayern Munich in his three-year tenure.

It remains the missing piece in City’s trophy cabinet, but Guardiola downplayed any pressure to win it.

“But (if not) I will be the same guy, I’ll wake up in the morning, work a lot, go to sleep as early as possible, eat good, take care of myself as best as possible and love the people I love.

“I’m going to do my best but it’s not going to change my life.”

And the City boss had little interest in dissecting his team’s Group C rivals.

“I’m not going to be distracted today talking about the Champions League when my focus is just on Brighton,” he said.

Gabriel Jesus was expected to be out until after the international break with a hamstring problem but Guardiola said both he and John Stones are “much better” and he did not rule out them being involved in Saturday’s match.

“If they are not ready for tomorrow, they will be ready for the Norwich game after the break.”

Guardiola began his press conference by sending his condolences to former Barcelona coach Luis Enrique following the death of his nine-year-old daughter Xana, who had been battling bone cancer.

“We knew it was not good, but always you dream everything is going well,” Guardiola said. “I don’t have words, there is absolutely nothing to say.

“Always you try to find reasons why, but there is no argument for a little girl, only nine years old.

“From Manchester City and my family, we are here, and hopefully soon I can see him and tell him how I love him and his family.”