If the recent woes of GameStop and the monthly charts didn’t make it clear, last year wasn’t great for the video game industry.

That certainly doesn’t mean that gamers weren’t gaming, but in the year before a wave of new console launches, traditionally fewer games are sold and hardware sales just falls off a cliff.

According to the NPD Group, overall sales for the entire video game category in December — including hardware, software, and accessories — was $3 billion, a 15% decline from 2018. In terms of overall software sales, December’s $1.1 billion was a 13% decrease from the same period in 2018. For the year, total spending across the entire video game category was $14.6 billion, a 13% decline from 2018. Software sales slid 9% to $6.6 billion.

As for what people were playing? The top 20 games of last year were a mixed bag that was dominated by some big franchises.

Looking ahead, the gaming industry should see a major upswing later this year as news emerges timed with E3 this summer and the release of the Xbox Series X and Playstation 5 this fall.

READ  The Results of E3 are In: Video Games Are Becoming More Like Playable Movies - True Hollywood Talk

What transferable skills can playing video games develop to use elsewhere in life? – PlayStation Universe 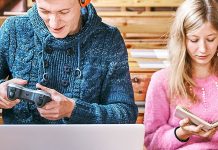