Today, Lyft announced a new subscription service to users, offering a variety of perks, discounts, and upgrades in exchange for $19.95 a month.

The program is called Lyft Pink and will will entitle US subscribers to 15 percent discount on every ride they take, priority airport pickups, and have the fee waived on cancelled rides.

As an added perk, the program will also include free limited access to the company’s growing line of electric scooters and bikes. 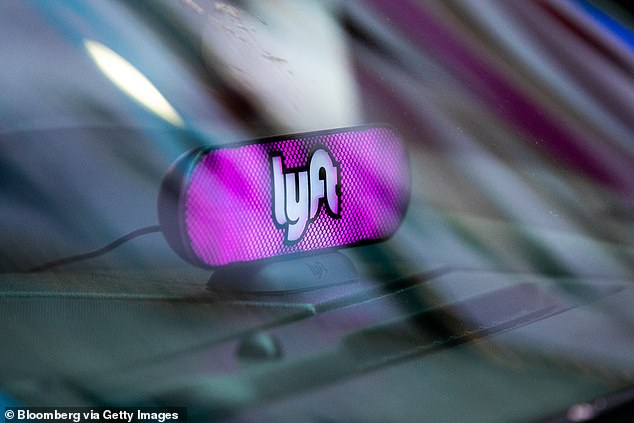 Lyft Pink is a new subscription service available in the US. For $19.99 a month users will get 15 percent off on rides, no cancellation fees, and more.

To gain access, users are currently being asked to submit their emails through a webpage on the ride-sharing apps website, after which they will be alerted when the service is available in their area.

Lyft Pink won’t be the company’s first subscription plan, as a report from Mashable points out.

Last year, the company announced an All-Access plan, which cost $299 a month and gave users 30 rides of a month, which each ride valued at a maximum of $15.

At the time it was announced, in October of 2018, Lyft promoted the service as a less expensive alternative to own a car. 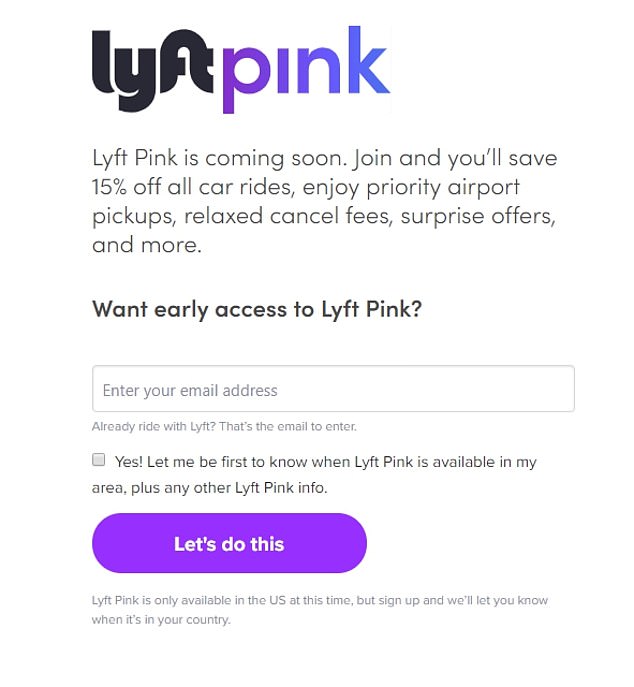 For less than the amount a person might spend each month on a car payment, insurance, gas, and general maintenance, they could just subscribe to Lyft instead. 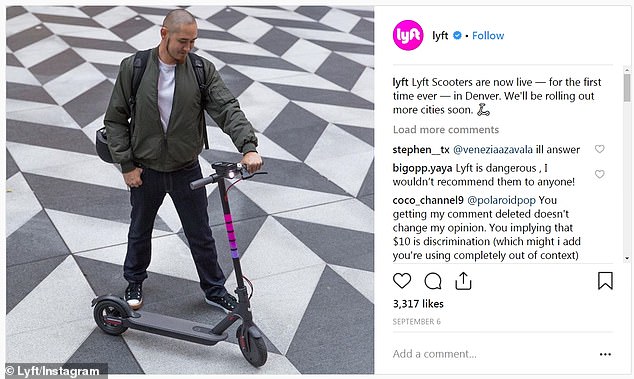 Lyft Pink will grant subscribers limited use of the company’s electric scooters.

Lyft Pink is a monthly subscription service launched by the ride-sharing app.

Subscribers will be given a 15 percent discount on rides ordered through the app.

Subscribers will also be able to cancel rides without paying a penalty.

Pink subscribers will be given priority pickup status when ordering a Lyft from an airport.

Users will also be given limited daily use of Lyft’s electric scooters and electric bikes.

The company hasn’t provided any information about how well the All-Access plan sold, but one review said the plan had significant limitations.

‘If you’re doing $15 or less rides, you’re probably within a few miles from your destination, which means that you likely have ‘all access’ use of a bike, your feet, and/or public transportation – which all could cost next to nothing’ G.E. Miller of 20SomethingFinance wrote.

Miller also criticized the lack of a rollover plan to apply unused rides from previous months to future months.

The fact that tips weren’t included in the subscription also meant that users would likely still end up paying out of pocket for each ride.

Perhaps unsurprisingly, Pink is being introduced at the same time as All-Access is being phased out.

Pink is similar to Ride Pass, a subscription program launched by Uber in 2018.

For $24.99, Ride Pass users were given guaranteed access to lower prices on eligible routes in UberX and Uber Pool, and were given 30 minutes daily to use Uber’s JUMP brand of electric scooters and bikes.