Luke Evans album: UK Tour next year plus the secret history behind THAT heartbreaking song 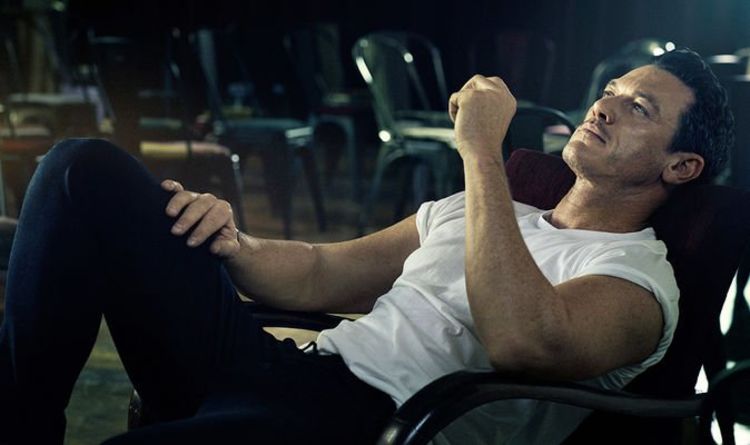 People are still shocked when they discover the Welsh star can belt out a song. But he actually started his career in musicals, straight out of performing arts college. Express Online sat down with the actor and singer to discuss his new album, his first-ever, and fans will be very happy to hear a UK Tour is being planned for next year.

There is only one big musical number on the album, the Les Mis showstopper Bring Him Home.

The rest is comprised of powerful rock-pop tracks which soundtracked Luke’s youth.

I cheekily point out the songs are all ‘hairbrush epics’ to sing in the mirror, with lots of drama and a big finish. A bit like him, perhaps?

“Maybe,” he smiles. “I love power ballads and rock epics but I wanted to reimagine them. So I take Cher’s If I Could Turn Back Time, which has very sad lyrics, and change it.” He burst out laughing: “But it still has drama and a big finish. You’re right! I can’t help myself.”

The small-town boy (“small-village” he corrects) from Aberbargoed in the Rhymney Valley, was the only child of Jehovah’s Witnesses. Luke says his family is his greatest joy now but admits he was hugely unhappy in his teens.

“I hated school, I was bullied badly, and then they took me knocking doors at the weekend, to the houses of those same people. It was awful. I was miserable. But it gave me the fire to get out and do something.”

That fire took him out of school, church and home at just 16. His family was horrified but he found a job in Cardiff, saving his money for singing lessons.

“I went every week, £15 a time, it was a huge amount of money. But I had no fear, no doubt. I was itching to get started. You don’t know how scary the world is at that age. I had no baggage. I had nothing.”

Still only 16, he jumped on the train and auditioned for performing arts college, the London Studio Centre. Guess which song he sang?

Of course, it was Bring Him Home, what else?

It’s a particularly fearless choice for a singer of any age – it’s a notoriously difficult song, even for seasoned professionals.

It’s time to bring it home.

LUKE EVANS’ NEW ALBUM AT LAST IS OUT NOW

READ  Grimes reveals ‘Miss_Anthropocene’ was originally a double album: “I really do need to release a second disc because it’s very strong”
Share on FacebookShare on TwitterShare on PinterestShare on Reddit
newsgrooveNovember 30, 2019