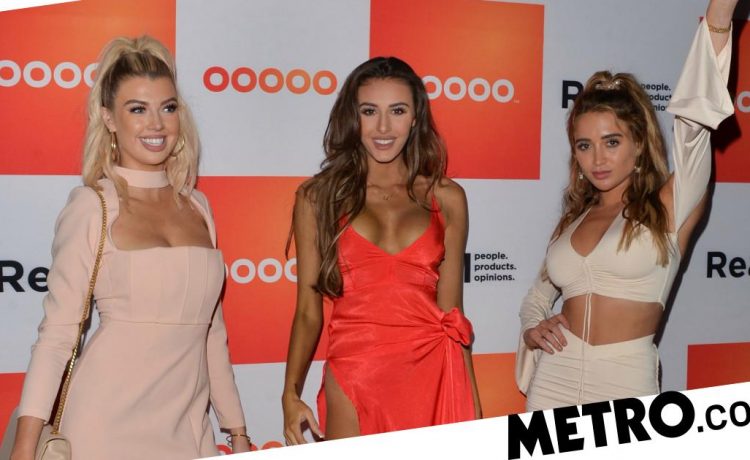 Influencers including former Love Island and Towie stars were seen partying it up at a launch in Dubai overnight, despite intense criticism levelled at those who have escaped London in lockdown all in the name of work.

The likes of Georgia Harrison, Josh Ritchie and Yazmin Oukhellou were there with their best threads on for the launch of social commerce platform OOOOO alongside a selection of other reality stars in a week when they have been slammed for partying it up on social media in the UAE.

While the UK is in lockdown and freezing our tiers off in the process, stars in Dubai instead got together for dinner and a show at The Palm Jumeirah at the swanky Pointe’s Meshico restaurant.

Love Island and Towie star Georgia, who states in her Instagram bio that she now lives in Dubai, shared clips from their evening on Instagram which included a slap-up meal in a busy restaurant, as well as table-side performances from a live band, with nary a whiff of social distancing by those in the venue.

England is currently in its third national lockdown and international travel is prohibited unless given a legally permitted reason to do so, such as work.

However, for many stars it seems to be a grey area as influencers earn money for sponsored social media posts, which might include modelling a bikini or pair of sunglasses on a beach.

In the past fortnight, critics have argued posting photos on social media isn’t essential work compared to key workers such as doctors, teachers and supermarket employees and have branded these trips as very much a holiday.

Social media users hit out at influencers ‘bending the rules’ this week, with one fuming on social media overnight: ‘Next time there is a pandemic, I think I will move to Dubai, because while everyone around the world suffers and struggles through Covid, “influencers” and celebrities seem to be having an absolute blast, partying, vibing and forgetting that there’s a f***ing pandemic going on…’

This week former Love Island star Olivia Attwood brazenly called out celebrities who have travelled overseas to warmer climes during the coronavirus pandemic and somehow justifying their trips as ‘work’.

‘There’s a difference between being able to earn money from wherever you are and being on holiday for work. Whenever I go on holiday, I will post content which I can monetise, but I’m still on holiday,’ Olivia stated on Instagram.

‘I don’t go, “Oh me and [my boyfriend] Brad have had the most amazing week in Portugal, but don’t worry, I was flat out working”, you just sound so stupid,’ she added.

Speaking to Grazia, the reality star added: ‘There is an interesting conversation to educate younger generations that being an influencer, or being on TV, is not all it’s cracked up to be.

‘But, it’s just so unbelievably tone-deaf to think that now would be an appropriate time to raise that topic – when your hard day is creating content that might get nasty comments and someone else’s hard day is a 12 hour shift, zipping up body bags at the end of it.’

The influencers have their supporters though, with many fans suggesting the critics hate them simply because they ain’t them.

One wrote on Twitter: ‘Why are people so bothered about influencers being in Dubai? If I had the opportunity to be in Dubai away from all this trust me I would be there! Just pure jealousy if you ask me!’

READ  Bill Withers dead: How did Bill Withers die?
Share on FacebookShare on TwitterShare on PinterestShare on Reddit
newsgrooveJanuary 15, 2021