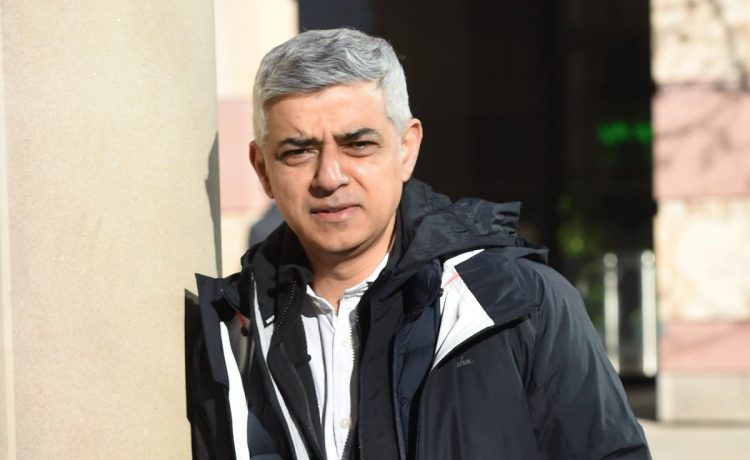 The Labour mayor launched his manifesto this morning with a speech from the Bloomberg building in the City of London.

Mr Khan’s blueprint accuses the Conservatives of stoking up divisions between London and the rest of the country in order to “prop up” their parliamentary gains in the red wall seats of the Midlands and the North.

In his manifesto, the Mayor accuses the Tories of “levelling down” London and says some in the party give the impression of “hating London”.

He warns of a growing “anti-London sentiment across the country” and adds: “The dangerous game of bashing London has to stop. Otherwise, we’ll all be left worse off and the social fabric of the country will be stretched to breaking point.

“I’m losing patience, as I know Londoners are. As your Mayor, I’ll use City Hall to face down the fake news and lies levelled against London, I’ll speak truth to the rest of the country about why our success matters to them at the same time as helping other parts of the country be more successful, and I’ll continue to be vocal in defending London’s interests.”

The Mayor also talks up his row with former US president Donald Trump, describing himself as standing up to a “dangerous bully in the White House”.

The mayor goes in heavy on London’s values as a “liberal, outward-facing and open” and says he stood up for the capital against Brexit and “native populism”.

Mr Khan also ramped up his green credentials today, with a promise to support more than 170,000 green jobs and swiping at his Conservative rival Shaun Bailey who he claims “wants a car-led recovery” after the pandemic.

It comes after the Mayor’s Ultra Low Emission Zone helped cut toxic air pollution by more than a third.

The Labour candidate has put a green post-pandemic recovery at the heart of his election bid, with a slogan of “jobs, jobs, jobs”.

He has already outlined plans for new skills academies to help prepare Londoners for well-paid jobs in “futureproof” sectors.

Now a £50m “Green New Deal” is being pitched as another step to give Londoners employment skills and vocational training to rebuild a better capital after the covid crisis.

As part of the policy, Mr Khan will commit to a series of pledges including ensuring that London has the “right level of ambition and urgency” to become a carbon neutral city by 2030.

Mr Khan said the pandemic has had a “devastating impact” on London and added: “Good, high-quality jobs for Londoners in future proof sectors such as the green economy which allow us to tackle the climate emergency alongside the looming unemployment crisis.”

He said Mr Bailey has “no interest” in tackling the climate emergency or reducing air pollution, adding: “I am the only truly green candidate that can win this election and help secure a greener, brighter future for our city.”

READ  Government too distracted by Brexit to tackle toxic levels of air pollution
Share on FacebookShare on TwitterShare on PinterestShare on Reddit
newsgrooveApril 6, 2021

Brian Adcock on free Covid tests for everyone in England – cartoon