Lloyd’s of London has issued a guide to the inclusion of trans and non-binary people as part of a cultural overhaul at the insurance market after a damaging sexual harassment scandal.

The 29-page document, published on the Lloyd’s website, offers advice and resources to people working in insurance about how to foster a “stable emotional work environment” for trans and non-binary colleagues.

In a foreword to the guide, the group’s head of diversity and inclusion, Marc McKenna-Coles, acknowledged the 333-year-old market was “commonly conceived as being traditional in outlook”.

This perception was not helped by the emergence earlier this year of testimony from hundreds of staff about routine sexual harassment, described by the chief executive, John Neal, as “truly terrible”.

Staff have since been sent emailed warnings, coupled with a poster campaign in City of London bars, urging them to behave themselves during Christmas party season.

Lloyd’s launched the inclusion guide in tandem with Global Butterflies, which helps businesses improve their understanding of issues relating to trans and non-binary people.

The guide includes advice on issues such as language, including how to ask someone which pronouns they prefer to use to describe themselves.

Managers are advised to help make colleagues feel welcome by including their own pronouns in email signatures.

Explanatory tools include a “genderbread person” graphic that explores the interplay between gender identity, sexuality, gender expression and biological sex.

The document advises staff to expect the proportion of colleagues who identify as trans or non-binary to rise from about 4% to as high as 20%, as younger people, many of whom reject gender binaries, join the workforce. Lloyd’s has about 800 direct employees, but has thousands more independent operators with access to its London headquarters.

McKenna-Coles wrote in the guide’s foreword: “Where once trans and non-binary people were less visible, more and more people are choosing new ways to express their gender identity.

“One of the secondary threads of our research was confusion and lack of knowledge on behalf of managers and colleagues over how to handle the situation and, with the best intentions in the world, how to make it all ‘work right’ for all parties.”

Suki Sandhu, the founder and chief executive of the diversity consultancy Involve, said: “It’s fantastic to see Lloyds of London proactively supporting and celebrating their trans and non-binary employees.

“Guides such as this are a huge step in the right direction for creating inclusive and diverse organisations, and means employees can be comfortable bringing their true selves to work.”

“However, it doesn’t stop there. We need to see other companies follow in Lloyd’s of London’s footsteps and introduce more inclusive policies.”

From EE to Vodafone, here’s how to avoid being overcharged by your mobile phone provider

Coronavirus: Could it damage the global economy?

War, virus, recession … nothing can stop the tech giants from growing 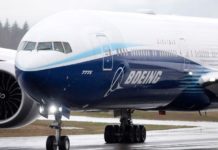 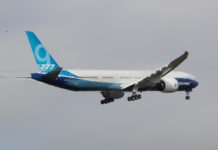