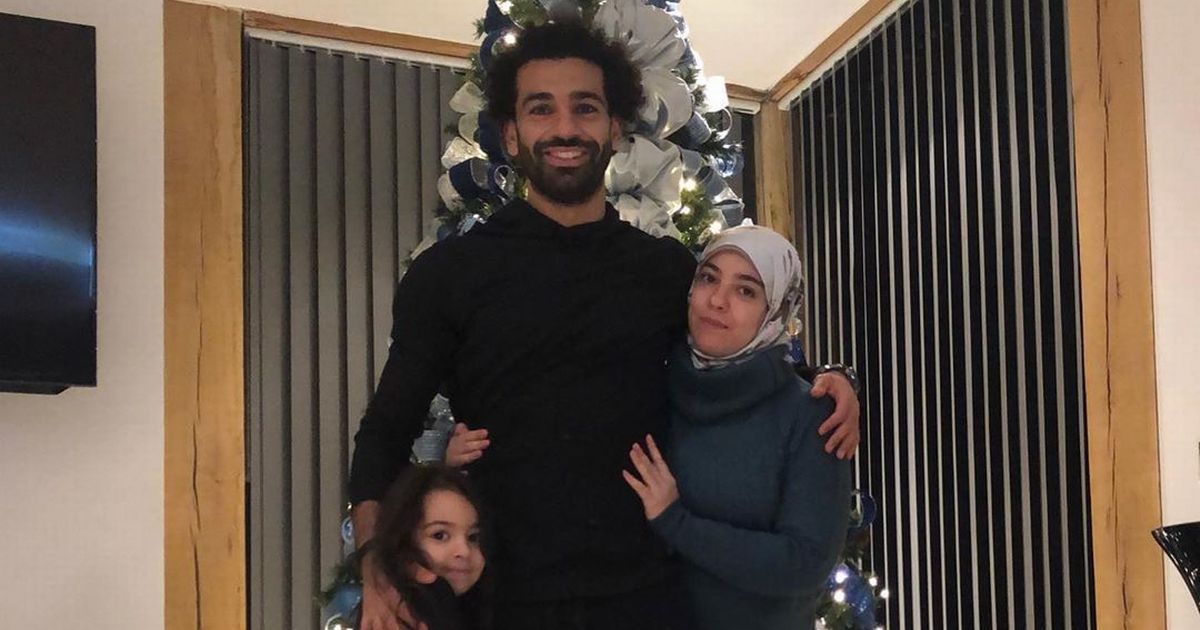 Mohamed Salah gave a rare glimpse of his family life when the Liverpool star shared photos of himself enjoying Christmas Day with his wife and daughter.

Salah shared the photo of his family in front of their Christmas tree with his 35million followers on Instagram.

The Liverpool forward, his wife Maggi and their daughter Makka were relaxing at home on Christmas Day before Salah goes back to work on Liverpool’s title challenge with their Boxing Day game away to Leicester City.

In the photo – which clocked up 1.5 million likes in just one hour – Salah beamed at the camera while placing an arm around his wife and young daughter as he posed bare foot in front of their huge blue and white tree.

His daughter Makka, who was born in 2014, wore an adorable tartan skirt and black jumper as she clung on to her father’s leg in the photo.

Salah’s wife Maggi, who rarely appears in photos and generally stays off her husband’s social media channels, wore a navy top and jeans, with a white patterned headscarf.

The cute family photo went down well with fans, clocking up 1.5 million likes in just one hour, including several from the Anfield star’s teammates.

Makka has appeared in the occasional photo on Salah’s Instagram before, including when he won the Golden Boot at the end of the 2018/19 season.

The dad-of-one shared a photo of him holding his award next to his daughter on the pitch at Anfield, with the caption: “Yes, I know we have one at home. This is a new one.”

Despite appearing shy in Salah’s Christmas post, Makka wowed Liverpool FC fans with her confidence on the last day of the season, when she ran onto the pitch and took a shot on goal in front of a packed stadium.

The last game against Wolves was one of Makka and Maggi’s rare public appearances, when they joined Salah on the pitch at the end of an incredible season for the Egyptian striker.