Liverpool target confirms he has reached agreement over summer transfer 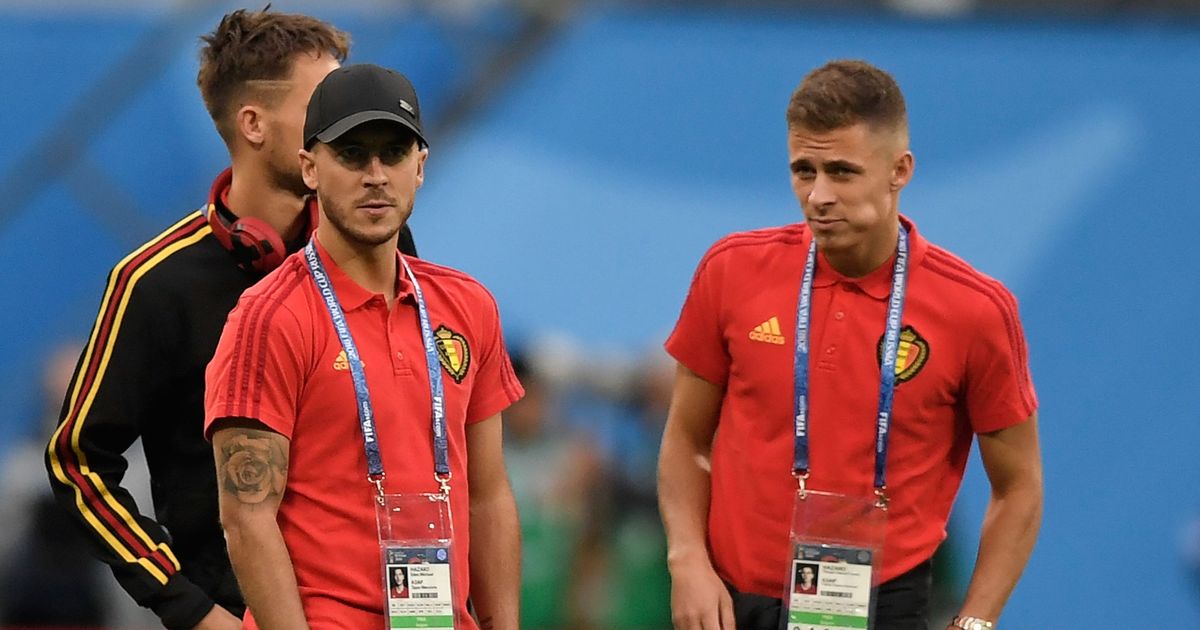 Reported Liverpool target Thorgan Hazard will not be coming to the Premier League this summer.

The Borussia Monchengladbach star, brother of Chelsea’s Eden, had been attracting interest from Anfield.

But now he has confirmed that he has ‘personal agreement’ in place with Borussia Dortmund.

The 26-year-old failed to make the grade at Stamford Bridge and was allowed to go four years ago.

It was seen as another Blues mistake after they allowed Mo Salah and Kevin De Bruyne to go after slow early progress in west London.

Speaking in an interview with VTM NIEUWS , the winger said: “I have a contract for one more season, but I have already said before that I want to take the next step in my career.

“I want to experience something new. It’s now up to the clubs to reach an agreement.

“That will take a bit of time. It’s always like that with negotiations. There are talks between Gladbach and Dortmund, yes.

“I have a personal agreement with Dortmund. It’s out of my hands. It’s up to the clubs now.”

Meanwhile, rumours in France suggest Memphis Depay could be a target.

One player sure to be at Anfield is Virgil van Dijk – and he has spoken about winning the PFA Player of the Year award.

“If you see the shortlist and quality there is, it’s very special that the players in the league voted for me. I won’t take it for granted. It’s just very special.

“I think throughout the whole season I’ve been feeling great. We’ve been winning many games, we are competing with Man City for the title and I think the most important thing is to stay fit and play consistent as well – I think I’ve been doing that pretty well this season.

“Obviously without the help of my team-mates, it wouldn’t be possible but we have just to keep going, carry on and I’m feeling good.”