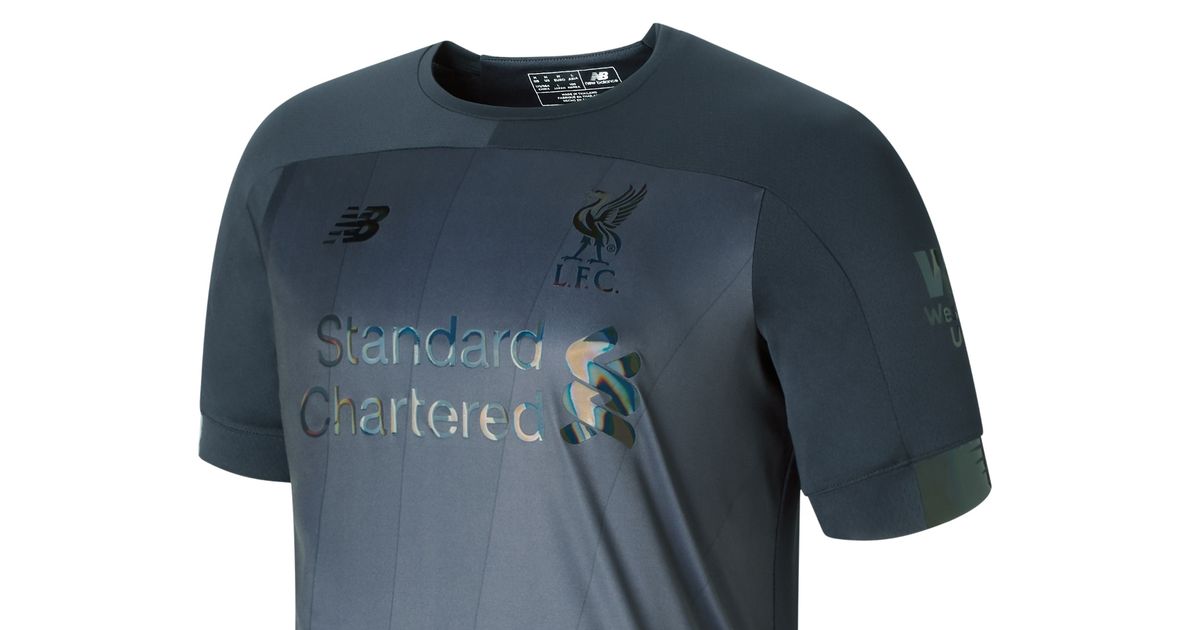 Liverpool fans will be able to get their hands on another limited edition blacked-out jersey after kit markers New Balance released their latest version of the slick design.

Following on from last season’s blackout strip, the new design is modelled on this season’s 2019/20 kit and builds on the centenary celebrations of Liverpool legend Bob Paisley’s birth.

New Balance have opted to draw inspiration from the 1982/83 pin strip design, a season which saw Paisley win his sixth and final First Division league title as Reds manager.

The jersey, which features iridescent detailing on the front which makes the sponsor and club logo stand out, has the legendary Paisley’s signature inscribed on the inside of the neck.

The shirt was launched on Wednesday as part of New Balance’s “Live it” campaign for Liverpool, aimed at championing the legendary spirit that unites Reds supporters across the world.

It could, however, be the last time we see this New Balance black-out short as Liverpool are reportedly on the verge of signing a bumper new kit deal with Nike which could make them the richest club in the Premier League.

The Reds’ strip is currently manufactured by New Balance but the clothing giants are in the last year of their four-year contract with the Merseyside club.

That deal was worth £45million a season for the Reds, but Nike are ready to blow that figure out the water and look likely to overtake the £75m that Manchester United receive from Adidas each season.

Liverpool are a huge pull at the moment due to their incredible 2018/19 season, which saw them win the Champions League and go toe-to-toe with Manchester City for the Premier League title – eventually missing out on the crown by a single point.

According to Forbes, the agreement with heavily rumour link-up with Nike is on the cusp of being confirmed for the 2020/21 season.

The Reds are currently eighth on their ‘Soccer Rich List’ with a current valuation of $2.183billion, sitting behind Arsenal , Chelsea , City, Bayern Munich, United, Barcelona and money bags Real Madrid .

Liverpool had a 12 per cent value increase last year, have a three per cent debt value, revenue of $613m and an operating income of $128m.