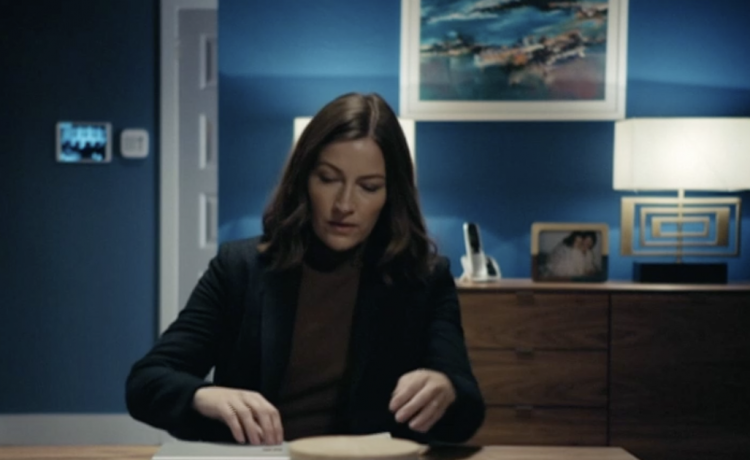 Line of Duty fans are convinced they’ve worked out the identity of the elusive H as Jo Davidson’s blood relative was unveiled on Sunday.

Last week’s episode was left on a huge cliffhanger as it was revealed Davidson had a DNA match in the system.

And viewers clamoured to pause and rewind the show to attempt to read the file Ted Hastings was presented with.

But, despite a huge clue in the subtitles revealing the relative was a man, eagle-eyed viewers had to wait to find out their true identity.

And on Sunday night, it was confirmed that Tommy Hunter was the relative.

Hastings and Arnott informed Kate Fleming that Davidson was related to Tommy in a covert meeting.

But fans were convinced that Tommy could be H – as his surname begins with the initial.

Fans flocked to Twitter to share their theories, with one writing: “Tommy Hunter is H. All fits.”

“Tommy Hunter wasn’t killed in the ambush in S2! They switched him and started the fire to conceal the fact they switched him. Hunter is H!” another predicted.

Someone else penned: “My guess is that Tommy Hunter isn’t dead and he’s H and that’s who Jo is talking to on her laptop.”

“It’s Tommy Hunter. Does that mean Hunter is ‘H’?” another fan wondered.

Others were more concerned with who Tommy Hunter actually is – having not seen him on-screen since series two.

“Who is Tommy Hunter, what the f*** is happening?” someone ranted in all caps.

“Somebody please explain who Tommy Hunter is quick,” another viewer begged.

Glaswegian Tommy Hunter, portrayed on-screen by Brian McArdie, was a paedophile and the first leader of the OCG.

Hunter groomed Matthew ‘Dot’ Cottan while working as a golf caddy, and later went into witness protection on Dot’s advice.

However, he became injured in an ambush as he was escorted from the witness protection hideout following an alleged threat on his life, which left him in critical condition in hospital.

But Hunter was murdered by DC Jeremy Cole, who disguised himself as a nurse in order to get past security.

It was later revealed that the killing was organised by Dot.

Some fans were delighted for their theory around the DNA match to be confirmed, with one writing: “So anyway Jo Davidson is indeed related to Tommy Hunter, I was right.”

Someone else said: “I can’t believe we guessed right. It was Tommy.”

“The joy of being able to turn to the hubster and say ‘I was right’ about Tommy Hunter,” another fan gloated.