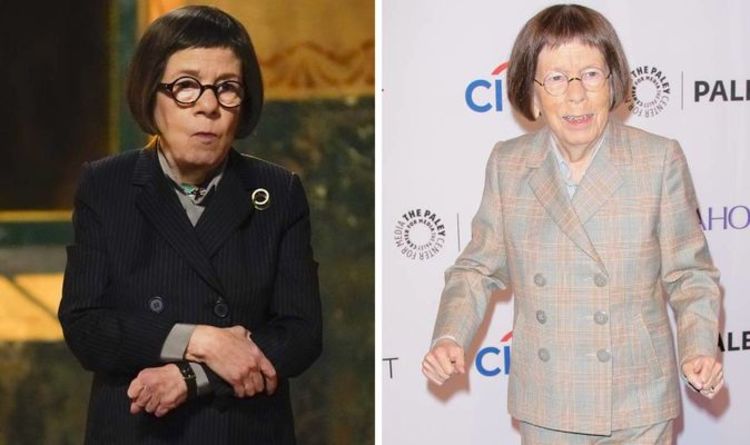 Linda Hunt plays NCIS LA’s Operations Manager Hetty Lange who leads the team from HQ in their investigations. But following a car accident in 2018, actress Hunt had to take extended leave from filming season 10 of the CBS drama, explaining why Hetty was hardly seen in those episodes. Unfortunately, it looks like once again fans are only going to be treated to some episodes featuring Hunt.

When NCIS LA returned on Sunday, November 8, Nell Jones (played by Renée Felice Smith) was put in charge by Hetty.

The Operations Manager requested a meeting with Nell but the former wasn’t there physically and instead, video called her from an undisclosed location.

Hetty’s whereabouts are still unknown for the meantime but the reason for the cloaks and daggers is that because of COVID-19, the creators of NCIS LA are trying to limit the number of Hunt’s interactions with the cast to keep her safe.

So thanks to the pandemic, it seems like scenes featuring Hetty are going to be scarce during season 12.

Hunt is undeniably one of the most recognisable actresses in the entertainment industry.

If it wasn’t for her distinctive hairstyle and spectacles, it would be because of her height.

When she was a teenager, Hunt was diagnosed with hypopituitary dwarfism where her short stature was caused by low pituitary hormone levels, which reduced her growth hormone levels.

READ  'The Voice': Top 13 singers set after the 'biggest elimination of the season'

On top of this, Hunt also has Turner syndrome which is a condition which only affects females.

Hunt has previously talked about how she was bullied at school for her height.

She said: “Everybody either wanted to take care of me or push me around, you know?

“I was teased a lot, sure I was, of course. Fourth grade, fifth grade, sixth grade, everybody was taking their spurts except me. I was not growing up.”

Hunt also told The Bulletin that she was “totally alienated by school” but received ongoing support from her family.

She added: “I was so lucky my parents were encouraging on every level.”