Lessons for graduates entering a job market in crisis 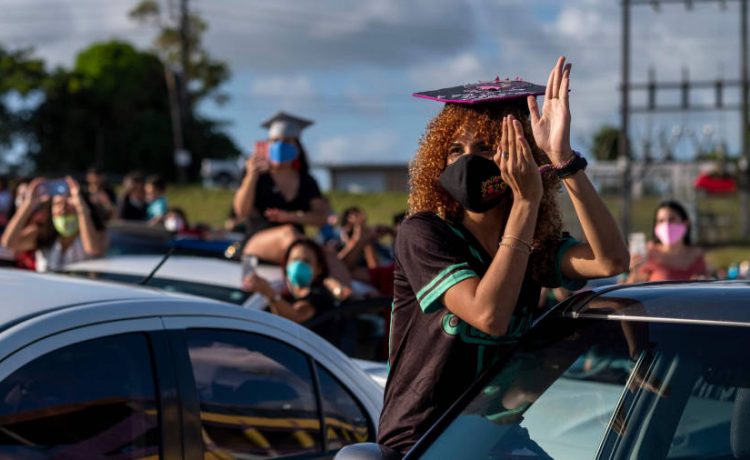 As the financial crisis peaked in 2009, James Alder graduated from his bachelors degree in architecture into the worst job market in decades. For months, he worked on a farm and for free for a provincial architect to gain experience. “Eventually I got a job . . . it took six months, but I was one of the lucky ones,” he says.

Now a lecturer at the University of Cardiff’s school of architecture, he sees parallels as his students prepare to graduate next month into a job market frozen by the coronavirus pandemic. “They are in a bit of a sticky situation,” he says. “There’s no chance they are going to get work anytime soon”.

Graduate vacancies are down 66 per cent this year compared with last, according to estimates from Graduate Coach, a coaching firm. I graduated in the same cohort as Mr Alder. The reality of the job market facing this year’s leavers is likely to be even harsher than the one we faced, but there are lessons to be shared.

Armed with a political science degree and a portfolio of student newspaper clippings, I was determined to break into journalism at a time when the industry — already shaken by the rise of the internet — was laying off staff by the thousands. I was stubborn and naive enough to believe that I would be the exception. This proved true, eventually, but it took years.

Today’s graduates carry the same optimism. “I still have hope that we’re going to find jobs, despite the constraints,” says Irina-Alexander Gherman, a third-year architecture student on Mr Alder’s course. “I think I need one to two years’ experience [in the workplace] before my masters.”

In social sciences, the new reality may set in sooner. Positions in the French government and European Commission that Clara Neergard Delcourt, who will finish a double masters at Sciences Po in Paris and the London School of Economics in June, has applied for have been delayed or cancelled. “I thought when graduating I would have a real job,” she says. “In the next year it looks like it’s going to be more internships.”

Despite the lessons of the last crisis, we still tend to believe that a degree is a fast track to success. We talk a lot less about the liminal period that stretches between finishing a degree and getting a foothold in a chosen field. During an economic crisis, these in between times can stretch to years. But rather than thinking of this as lost time, these periods should be recognised as valuable.

A decade on from my graduation, my CV details a neat list from 2010 to 2012: internship, fellowship, some freelance gigs. This belies a much messier reality. It took nine months for me to land my first traineeship after graduating. Much of my time in those first few years was taken up with work that would never appear on my resume. I worked in dive bars and waited tables, wrote online marketing copy and was fired after a single day as a telemarketer. My dad encouraged me to go to law school. I took one practice Law School Admission Test, dyed my hair black, and contemplated writing a memoir.

I’d like to say I accumulated stacks of rejection letters as I submitted hundreds of applications, but that isn’t true. When I clicked “submit” on a digital form, the recitations of my hopes and qualifications would disappear into a void. I was afraid and confused that employers would dismiss my messy experience.

This may not have been true. “Employability experience is the new key discriminator, not whether you got a first from Bristol university,” says Chris Davies, founder of Graduate Coach. In a tight job market these skills need to be acquired “by hook or by crook”, he says. When there are no entry-level jobs, skills are transferable from other places. Bar work teaches emotional intelligence; volunteering, people skills. He once coached a graduate who had a job accosting strangers in the street to sign them up to charities. “I know that person will get a job. If you can sell to strangers in the street, you can sell to anybody.”

Speaking to graduates about the liminal times, and giving those experiences value, is important now more than ever. Acknowledging that due to the pandemic, those times may stretch far longer than the few weeks over a summer break will be vital for managing graduates’ expectations, and for their mental health.

They will eventually emerge, as my peers and I did, a bit battered but stronger for the experience.