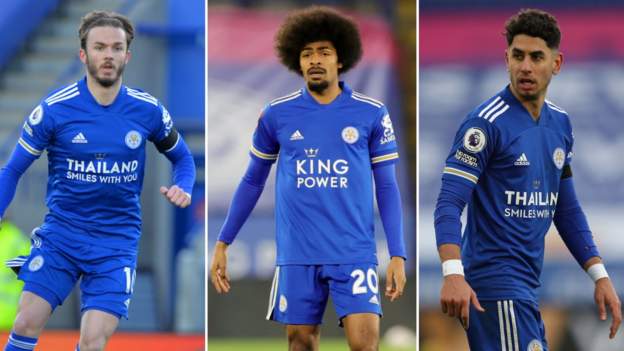 All three are available again for the FA Cup semi-final against Southampton at Wembley on Sunday.

“We always have to look forward and it’s in the past,” said Rodgers.

“The best way they can do that as a player is by their actions on the field.

“These guys have made a great contribution for us, we are in the position we are because of them.

“They made a mistake and in football there’ll be a choice again, at some point in their careers, and hopefully they’ll make a better choice.”

Maddison has been a key player for Leicester this season, scoring 11 goals and providing 10 assists in all competitions.

He is in contention for a spot in Gareth Southgate’s England squad for this summer’s European Championship finals.

Perez has provided three goals in 27 appearances, while Choudhury has scored once in 20 games.