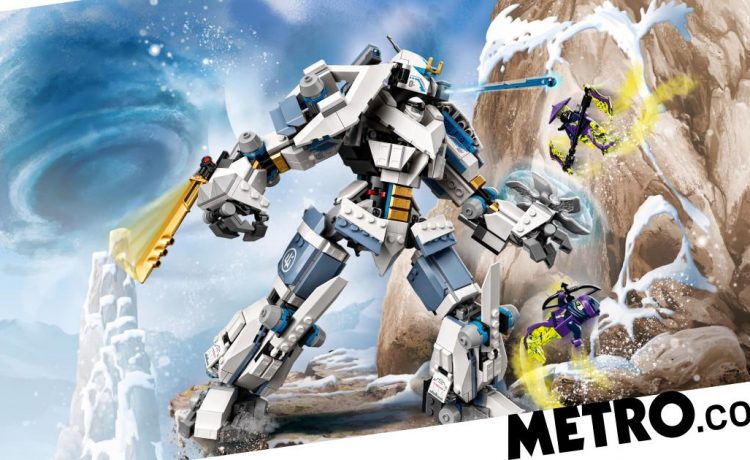 10 years of Lego Ninjago has led to not only dozens of new sets being announced but also a streetwear collection from HYPE.

When you think of Lego it’s usually either the basic city sets or the tie-ins to Star Wars and other movies, which are also popular with adults. But for the last decade one of the most popular concepts has been Ninjago, which is entirely Lego’s own invention and is now more popular than ever.

Considering most non-licensed toy lines only last a couple of years at most that’s quite an achievement, with Ninjago inspiring a 13 season cartoon tie-in, a theatrical movie, video games, and, now, a streetwear collection made in collaboration with fashion brand HYPE.

Ninjago features not only ninjas but all kind of sci-fi weapons, enemies, and allies, which has seen toys ranging from relatively traditional martial arts dojos to giant Lego-built robots.

‘Originally, the Ninjago theme was supposed to end after season 2 in 2012,’ reveals Lego’s Tommy Andreasen. ’It just shows an incredible commitment from our fans that we are still going strong 10 years later’.

To celebrate the anniversary Lego are releasing 23 new sets, many of which are designed to tie-in with specific moments from Ninja history – as an extra bit of nostalgia for those that grew up with the series.

Eight of the 11 Legacy sets are available now, six of which come with a limited edition collectible golden ninja minifigure.

Then on February 1 the Lego Ninjago City Gardens set is launching – a huge new building that is a companion piece to the previously released Ninjago City and Ninja City Docks sets and filled with references to the TV show’s long history.

There’s more information on the official 10th anniversary website but the following is the full list of all 23 sets and when they’re due to be released.


MORE : Lego’s biggest set ever is the Lego Colosseum and it’s out on Black Friday


MORE : Lego Ghostbusters ECTO-1 is a good call for a Christmas gift