Lea Michele’s former Broadway co-star launched a scathing attack on the actress, years after they worked together.

The 33-year-old has come under fire in recent weeks after Glee castmate Samatha Ware came forward, claiming the Rachel Berry star had made her time on the series a ‘living hell’.

She also said she was left ‘questioning her career’ in Hollywood after the mum-to-be subjected her to micro-aggressions – with a string of their colleagues voicing their support for Samantha.

Craig Ramsay has opened up on his own experience with the actress following their stint together in Fiddler on the Roof, branding her ‘one of the most entitled people’ he has ever met.

During an appearance on podcast Behind The Velvet Rope, he told host David Yontef: ‘I just didn’t want to hear Lea Michele’s name in this interview. At all!

‘I think she’s a despicable, horrible human being. I think she has lost touch with reality. We were in Fiddler together.

‘As far as Lea Michele is concerned, I think she is one of the most entitled people I have ever come across in this business!’

Craig claimed he was in the room when Lea learned that she had landed the part of Rachel Berry in Glee, and that her whole demeanour changed from that moment onwards.

‘I think the entitlement just came over her body,’ he continued. ‘She was possessed with this and from that moment on – because she moved to LA the same moment I did from New York – and I cared for her greatly, but the amount of entitlement…

‘I have never seen the likes of it.’

Lea has kept a low profile since Samantha’s allegations emerged, but was spotted out with husband Zandy Reich recently.

She issued a lengthy apology on Instagram, insisting that she has never judged anyone by their skin colour – after her former castmate took aim at her Black Lives Matter message.

’LMAO REMEMBER WHEN YOU MADE MY FIRST TELEVISION GIG A LIVING HELL?!?! CAUSE ILL NEVER FORGET,’ she posted on Twitter last month.

‘I BELIEVE YOU TOLD EVERYONE THAT IF TOU HAD THE OPPORTUNITY YOU WOULD “S*** IN MY WIG!” AMONGST OTHER TRAUMATIC MICROAGRESSIONS THAT MADE ME QUESTION A CAREER IN HOLLYWOOD… [sic].’

Responding to Samantha’s tweets, Lea penned: ‘When I tweeted the other day, it was meant to be a show of support for our friends and neighbours and communities of colour during this really difficult time, but the responses I received to what I posted have made me also focus specifically on how my own behaviour towards fellow cast members was perceived by them.

‘While I don’t remember ever making this specific statement and I have never judged others by their background or colour of their skin, that’s really not the point, what matters is that I clearly acted in ways which hurt other people.’

‘Whether it was my privileged position and perspective that caused me to be perceived as insensitive or inappropriate at times or whether it was just my immaturity and me just being unnecessarily difficult, I apologise for my behaviour and for any pain which I have caused.

‘We can all grow and change and I have definitely used these past several months to reflect on my own shortcomings.’

‘I am a couple of months from becoming a mother and I know I need to keep working to better myself and take responsibility for my actions, so that I can be a real role model for my child and so I can pass along my lessons and mistakes, so that they can learn from me,’ Lea added.

‘I listened to these criticisms and I am learning and while I am very sorry, I will be better in the future from this experience.’

READ  Piers Morgan responds to Munya Chawawa’s hilarious single named after him: ‘What. Is. This?’
Share on FacebookShare on TwitterShare on PinterestShare on Reddit
newsgrooveJuly 1, 2020 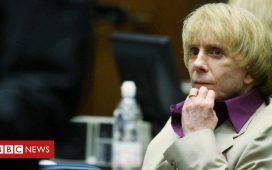 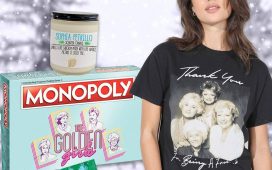 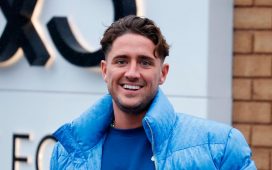