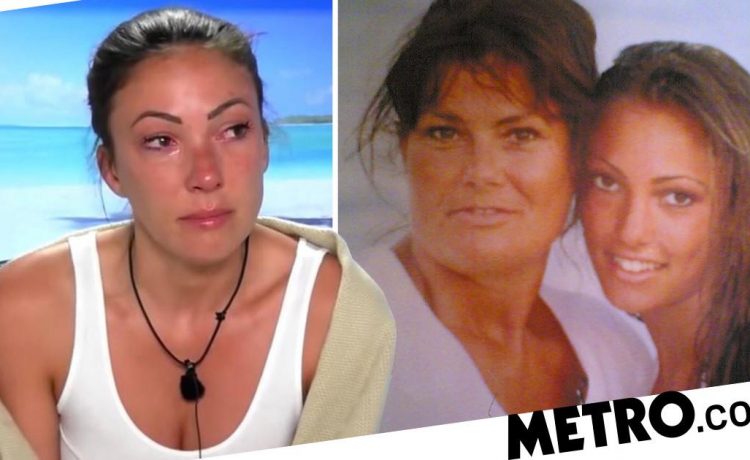 Sophie Gradon’s mother Deborah has a brain tumour due to the stress of losing her daughter in 2018.

Love Island star Sophie was a contestant on the 2016 version of the show and tragically took her own life two years later at the age of 32.

Deborah told the Daily Mirror: ‘I was told I had an endocrine tumour in my pituitary gland in my brain. He said it could have well been due to the stress of everything.

‘It’s not cancerous but by the sheer virtue of where it is in my pituitary gland, it is dangerous.

‘I get chronic fatigue. I live every day wondering whether I will wake up blind or with a brain bleed because the tumour is putting pressure on my pituitary.’

Deborah is currently waiting for the results of a scan which will determine if she needs surgery or medicine.

Reality star Sophie’s mother went on to say more needs to be done to tackle online trolls who leave cruel taunts in the comment sections on social media.

She said: ‘I don’t want Sophie’s death to be in vain.

‘We’re looking here at the next destructive force within society and the Government needs to do more.

‘If a beautiful, clever girl can be destroyed by public humiliation, then anyone can.’

Deborah saw the abuse her daughter was getting firsthand and she managed Sophie’s social media accounts while she was in the Love Island villa.

Deborah added: ‘One troll posted “I hope you get cancer”. Another one said “Look at Sophie’s eyelashes. Aren’t they pathetic.”

‘The comments went from one extreme to another but I could see the impact they were having.

‘We rarely mention Sophie’s name. You are looking at the person you share your life with and it’s the hardest thing to acknowledge their pain and agony too.


MORE : Kate Garraway says second Easter at home without husband Derek is ‘so hard’ as he remains in hospital over a year on


MORE : Strictly’s Motsi Mabuse calls out German satirist for using blackface in sketch: ‘It’s insensitive, alarming and most of all racist’

READ  Gemma Atkinson: Gorka Marquez’s girlfriend hits back after ‘shocking’ fans with decision
Share on FacebookShare on TwitterShare on PinterestShare on Reddit
newsgrooveApril 4, 2021