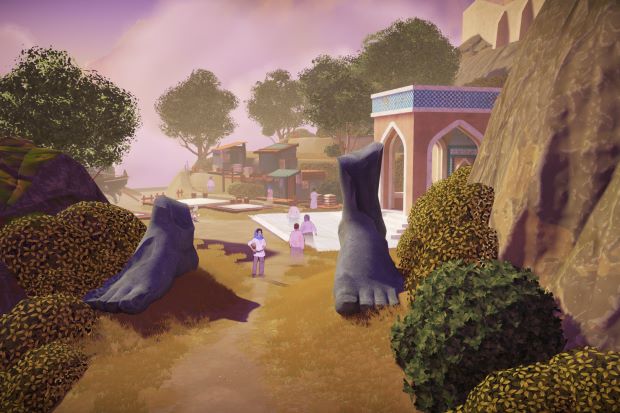 My Time At Portia

Having already set up an accommodating home on PC, this gentle farming sim arrives on console with its spread of character creation, crop growing, crafting, animal raising, friendship forming and town quest fulfilment, with a dose of dungeon exploration and monster battling for good measure. An accomplished take on Stardew Valley in 3D.

Searching for an expert in robotics, archaeologist Aliya Elasra embarks on a journey into a network of moons, discovering artifacts, maps, treasures, and inscriptions from a lost age, whose hieroglyphic messages can illuminate the future if deciphered correctly.

Construct a bustling metropolis or a nascent New World outpost, play with AI opponents or take part in online multiplayer, deploy the advancements of the Industrial Age and complete a story campaign or set up in a custom sandbox mode.

The absurdly refined reaction-based stickman fighter returns, with new moves, skills, weapons, enemies and locations to deal with. Excellently received just as its predecessor was.

Sound attracts zombie hordes but you need guns to get rid of them in appropriately gruesome fashion. What to do, as you wade through a post-apocalyptic Moscow, Tokyo, New York and Jerusalem? Quite simply, plough through.

Sticking even closer to classic Left 4 Dead formula than even the Vermintide series (also published by Focus Home Interactive), and taking its backbone from the World War Z film and book. – AFP Relaxnews