Labour vows to give every home free broadband by 2030 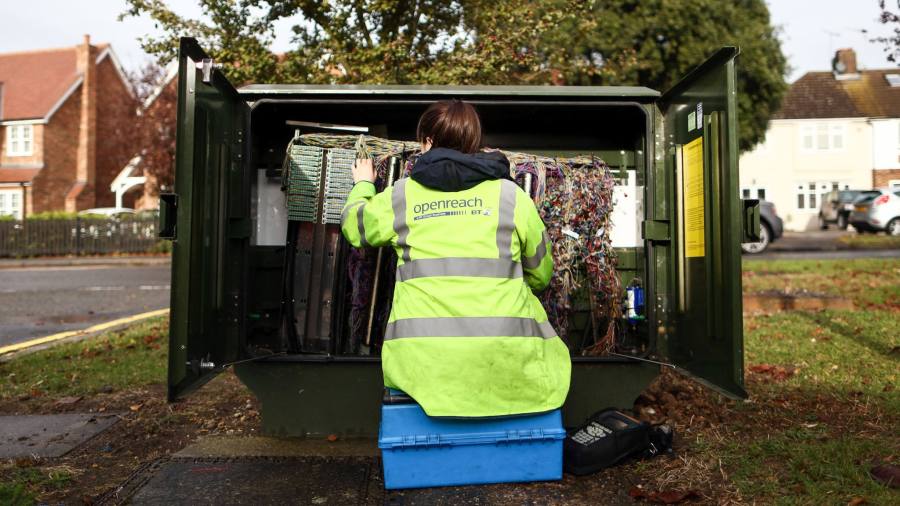 A Labour government would nationalise BT’s Openreach network and provide free full-fibre broadband to every home and business in its latest encroachment into the private sector, shadow chancellor John McDonnell has announced.

Jeremy Corbyn, the Labour leader, is already promising to nationalise various utility industries, including water, the railways, Royal Mail and National Grid, while seizing an estimated £300bn of shares to give to workers.

The party’s manifesto, which will be signed off on Saturday, will now include a promise to take control of Openreach as part of a broader £20bn attempt to give the UK free full-fibre broadband by 2030.

Mr Corbyn, announcing the policy on Friday, will announce that a Labour government would pay an undisclosed sum to take control of the network and insert it into a new public entity called British Broadband.

The process of delivering state of the art broadband to up to 18m premises would be paid for through £15bn of borrowing, the party said — on top of £5bn already committed by the government to upgrade broadband.

The subsequent cost of maintaining the network would then be funded through a new tax on multinational companies, including tech giants such as Google and Facebook, to raise the £230m a year needed to run the service.

The party said it would nationalise Openreach, parts of BT Technology, BT Enterprise and BT Consumer.

BT was taken by surprise by the Labour announcement having been reassured by John McDonnell in the summer that BT was “not on the list” for nationalisation.

READ  'I would sell a kidney for the Baby Yoda toy'

BT’s chief executive Philip Jansen was in California this week in meetings with Google and Microsoft, some of the Silicon Valley companies that the Labour Party is planning to tax to pay for the investment in full fibre.

He told the Financial Times that “free broadband for all” was an “appealing” concept for consumers but that it would need to be thought through carefully.

Labour has costed the rollout at £20bn but Mr Jansen said that the total figure was more likely to be between £30bn and £40bn, and that giving away broadband would would wipe out Openreach’s annual revenue of £5bn.

He added that breaking up BT would have significant implications for the company’s huge pension deficit, its thousands of staff and shareholders, many of them individual savers, that have to date paid for the construction of the nation’s broadband network.

Compensation to shareholders would be set by parliament, in line with the process in Labour’s other nationalisations, and funded through the government issuing new gilts. Bloomberg recently estimated the value of Openreach at between £12bn and £25bn but shareholders would be unlikely to receive full market price for their investments.

However, Labour said that it would leave other parts of the business in private ownership; EE, Plusnet, BT Global Services, BT TV and other non-broadband divisions.

The promise from Labour comes just days after Boris Johnson, the Conservative leader, promised £5bn of investment to bring full-fibre to every home by 2025.

“It’s visionary I accept that, but other countries are having these visions and we’re not,” Mr McDonnell told the BBC. He argued that the Tories’ equivalent plans were “nowhere near enough” and would leave the UK falling behind other countries.

At present, fewer than one in 10 premises in the UK can connect to full-fibre compared to 97 per cent in Japan and about 75 per cent in Spain.

The move to split up BT and nationalise its engineering unit Openreach comes only a year after regulator Ofcom opted against a forced break-up of BT to avoid the disruption of a split of the company further delaying a network upgrade.

A move to nationalise Openreach would also cause havoc in the British telecoms industry. Virgin Media’s cable network covers half the country and dozens of smaller companies are building fibre networks across the country.

A representative of one telecoms company said that the “Corbyn Cable Commune” plan to splash public money across the market did not bode well for the future of BT’s competitors.

The Communications Workers Union described the Labour plan as a “huge pledge”. The union was reported to have prepared a proposal for the potential nationalisation of parts of BT earlier this year.

The shadow chancellor said that this latest nationalisation was “the limit of our ambitions”, a phrase he has used in the past.

In July, Mr McDonnell told The Times that taking over the water companies was as far as the party would go. “There are no tricks up my sleeve — this is what we’re going to do,” he said. “This is the limit of our ambition when it comes to nationalisation.”

'Mom, honk!' Charlize Theron talks 'The Old Guard,' how she's talking to her children about the protests