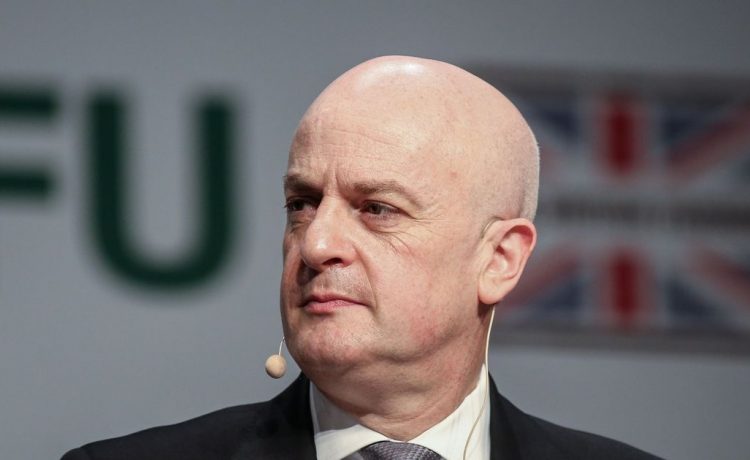 The Government is facing calls to hold an inquiry into lobbyists secretly serving as Government advisers and passing information onto clients before it is made public.

Labour deputy leader Angela Rayner has written to Cabinet Secretary Simon Case urging him to investigate how George Pascoe-Watson, chairman of Portland Communications, was appointed during the first wave of the pandemic.

The influential lobbyist served as an unpaid health advisor to Test and Trace minister Lord Bethell for six months without the move ever being announced.

He later sent sensitive information, including that London would face tough lockdown restrictions until next Spring, to paying clients.

Ms Rayner said that the existence of “one rule for lobbyists and their paying clients and another rule for the rest of us” was “deeply insulting” to the British people who have “sacrificed so much in our national effort against Covid-19”.

In her letter, she wrote: “Our national fight against Covid-19 relies on the Government maintaining the trust of the British people.

“In order for this trust to be maintained the public must be assured that there is not one rule for lobbyists and their paying clients and another rule for the rest of us in this pandemic, as there seems to be at present.”

The appointment is just the latest in a long line of revelations of cronyism at the heart of Government as businesses and individuals with close links to the Conservative party have been given jobs and contracts.

READ  Queen's Commonwealth Day message revealed - and is there a hint about Brexit?

The Government has awarded £1.5bn of taxpayers’ money to companies linked to the Tories during the pandemic – even though none of the firms were prominent Government suppliers before this year.

He added: “I think the public interest requires that appointments to public office should go through a public process.”

Mr Pascoe-Watson is understood to have been on daily calls with Health Secretary Matt Hancock and Test and Trace chief Baroness Harding on communicating policy and announcements over his six-month tenure.

Civil servants were said to have expressed concerns about his role but he remained until October 7.

Just a week later, according to the Sunday Times, he emailed clients revealing he had been “privately advised” that restrictions in London launched that day would run to spring 2021, adding: “Decision-makers have told me personally.”

Two weeks later, Portland partners wrote to clients informing them that Mr Johnson was considering a national lockdown – and that he was likely to “announce next week that he is prepared to ‘sacrifice November to save December’”.

The note came three days before details appeared in newspapers, prompting the PM to order a leak inquiry.

Whitehall sources insisted the lobbyist had no warning of the second lockdown, which was not discussed formally until after the October 29 email was sent.

Mr Pascoe-Watson said he was “honoured” to serve the Test and Trace system as an unpaid adviser and was “proud” to have been able to offer his professional insight.

READ  ‘Gloves off’ as Keir Starmer campaign accused of hacking

In a statement, he added: “To be clear, the information shared with clients on October 15 and 29 was in no way connected to the Test and Trace calls, in which I was no longer a participant.

“In keeping with our communications industry colleagues, Portland provides many professional services to its clients, including the provision of media and political insight. This information comes from multiple conversations had by our consultants.”

Labour asked the Cabinet Secretary to publish which lobbyists have been hired as secret advisers to Government ministers and departments.

They also demanded to know what processes were followed in hiring them, what their responsibilities are in Government and what information they have been given access to.

And they asked whether ministers had overruled or ignored concerns raised by civil servants about the appointments, and if the lobbyists had signed confidentiality agreements to make sure they could not benefit commercially.

A spokesman for the Department of Health said: “We have drawn on the expertise of a number of private sector partners who provided advice and expertise to assist in vital work.”