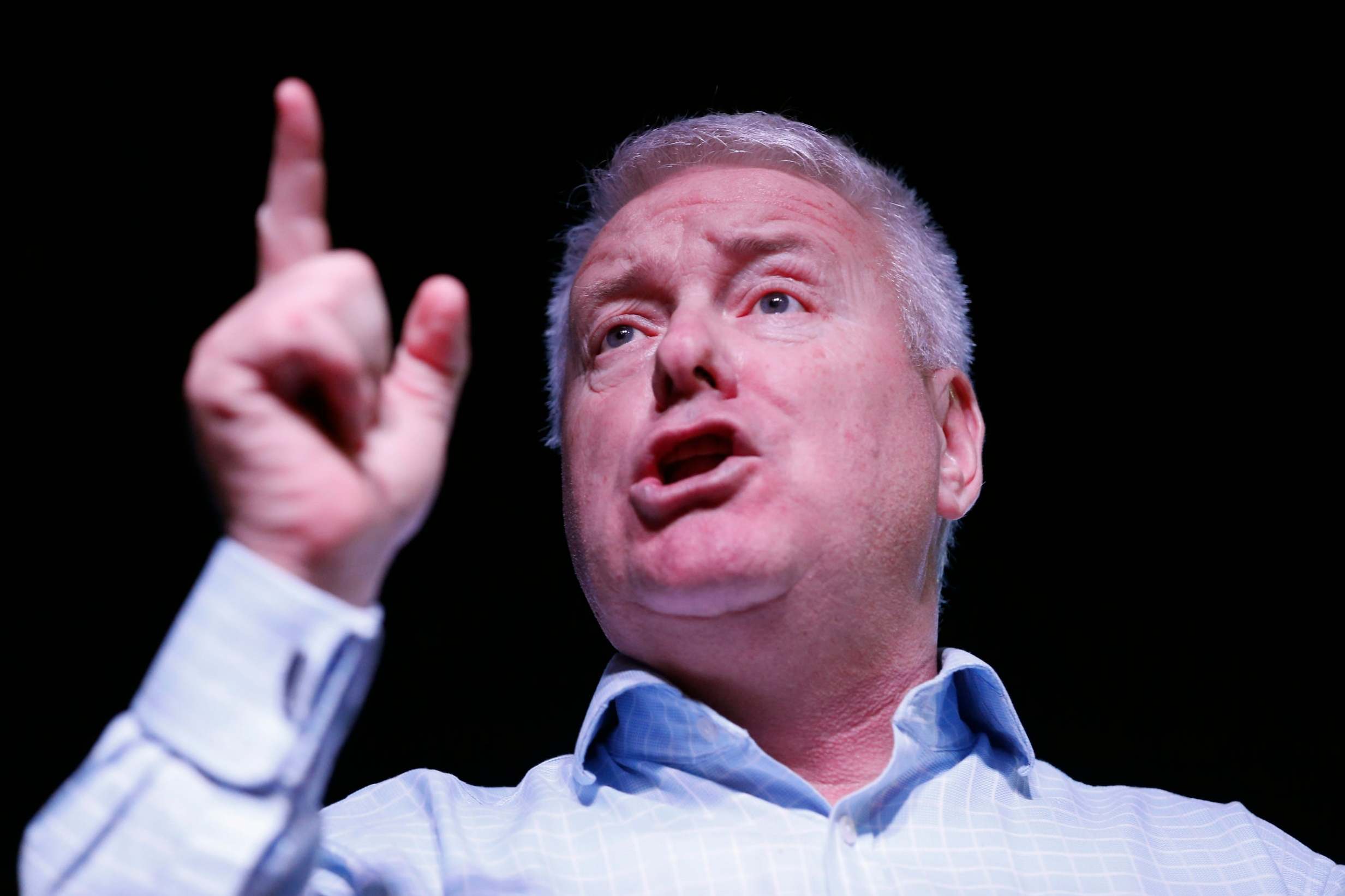 Labour chairman Ian Lavery has told Keir Starmer to “stand aside” so the party can have its first female leader.

Mr Lavery made the calls while introducing Rebecca Long-Bailey at a rally in Hackney, London, on Tuesday.

There, Ms Long-Bailey announced plans to introduce open selections for all MPs ahead of the next general election if she becomes leader.

Earlier in the day, her fellow contender Lisa Nandy secured the backing of the GMB union and as a result her place on the leadership ballot. Jess Phillips stepped down from the running, admitting she could not “unite all parts” of the party.

Ms Long-Bailey could go head to head with Mr Starmer, her only male rival, in the final round if she is endorsed by Unite unions on Friday.

Mr Lavery called on Mr Starmer, the shadow Brexit secretary, to move out of the way and let a woman win.

He urged: “We need a female leader of the Labour Party… Stand aside Keir.”

He said: “If we stand with Rebecca Long-Bailey, Baileyism, we’ll have a leader who can take the fight to the Tories not in 2024 but in 2020. We’ve got a woman who is as strong as anyone within the party.

Ms Long-Bailey, the shadow business secretary, said that in her role as leader she would be to “democratise” the party and to “examine new ways to empower our members”.

“That means having a frank conversation about open selections with our movement, about where we go next, ripping up the outdated rulebook that has held back our members for too long and throwing open the door to a new generation of MPs and candidates.

“I’m clear that our members should have the power to support their MPs, the power to choose candidates with positivity and the opportunity to become one.


“If our party is to reconnect with those sick of the political establishment, then we’ve got to stop acting like them and empower our members in all of our heartlands,” she said to applause and cheers from supporters.

Ms Long-Bailey added: “Being an MP or any elected representative is a privilege that must be earned and I want to open the discussion now on how our candidates should be selected, how we nurture and bring through talent in our movement, whilst recognising and valuing the experience of the MPs that we have.

READ  Sajid Javid insists he has 'fantastic relationship' with Boris Johnson amid row over sacking of special adviser
Share on FacebookShare on TwitterShare on PinterestShare on Reddit
newsgrooveJanuary 22, 2020