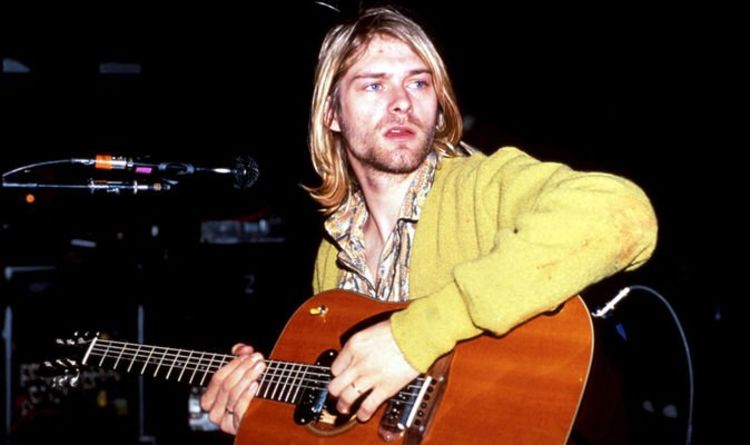 Kurt Cobain was friends with Buzz Osborne, the frontman for punk band Melvins, when they were growing up. The pair got into trouble while trying to stay entertained throughout their childhoods and teenage years. Speaking in a new interview Osborne recently told of how he and Kurt had to run from the police after plastering graffiti walls across their town.

Speaking on a virtual meet-and-greet, Osborne discussed how he and Kurt found inspiration for their graffiti, Osborne said: “You try to think of something that’s gonna really burn all these people there.”

He said their “favourite [graffiti] tag was God is gay”.

This phrase was later used by Kurt in his hit Nirvana song Stay Away.

The singer continued: “We walked around the corner of this bank and all of a sudden there’s cops, a bunch of cops everywhere.”

Osborne added: “But usually it was very dark humour and not very PC.”

The frontman also opened up about Cobain’s tragic death in 1994.

Following the star’s suicide Osborne revealed he was approached by a reporter for a comment.

Osborne said: “I got a call from some local reporter guy from the paper to ask me what I thought of all that.”

Osborne revealed: “I said: ‘You guys should put the memorial to Kurt in the same jail cell you threw him in.’ Click! End of the interview.”

Kurt died by suicide on April 5, 1994, aged 27-years-old. His body was found three days later on April 8 by an electrician.

The star was at his home in Lake Washington Boulevard in Seattle.

Nirvana were one of the most popular bands around at the time and have sold more than 75 million records worldwide.