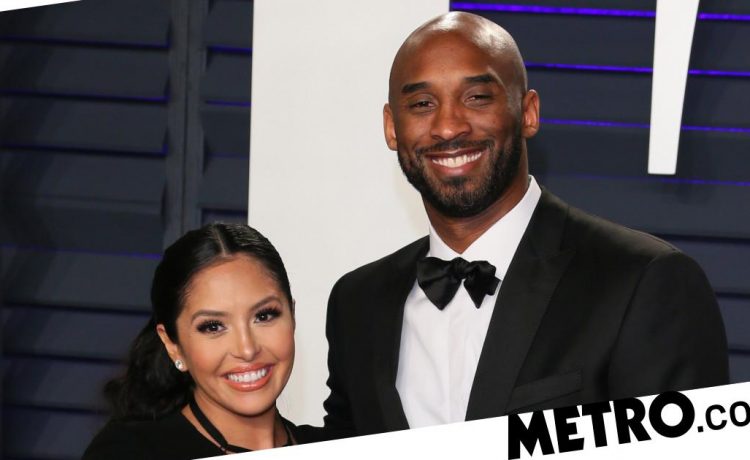 It’s the first anniversary of the tragic death of NBA legend Kobe Bryant, who died in a helicopter crash in California.

Bryant, one of the most successful basketball players of all time, was one of nine people on board the helicopter – with other passengers including his 13-year-old daughter Gianna – when it crashed outside the city of Calabasas, to the west of Los Angeles, on January 26 2020.

His wife Vanessa Bryant has paid tribute to her late husband on the anniversary, saying his death and that of their daughter ‘doesn’t seem real’

Speaking on Instagram as she shared a letter she had received from one of Gianna’s best friends Aubrey ,Vanessa said: I will never understand why/how this tragedy could’ve happened to such beautiful, kind and amazing human beings. It still doesn’t seem real.’

The tragedy occurred just two weeks after they had celebrated the 20th anniversary of their first meeting.

Who is Kobe Bryant’s wife Vanessa?

Vanessa, 37, is a former model and music video star from Los Angeles.

She and Kobe first met on the set of a music video when she was 17 and still at high school.

They were engaged within six months and married in 2001.

The couple had their share of ups and downs during their marriage, with Vanessa standing by Kobe after he faced a sexual assault charge in 2003 – with the criminal charges eventually being dropped after the accuser refused to testify in court.

Vanessa also filed for divorce in 2011, but they later reconciled – with Kobe taking to social media to thank his fans for their support.

‘I am happy to say that Vanessa and I are moving on with our lives together as a family,’ he said at the time.

‘When the show ends and the music stops, the journey is made beautiful by having that someone to share it with. Thank you all for your support and prayers!’

How many children did Kobe and Vanessa have?

The couple were parents to four daughters – with eldest, Natalia, born in 2003.

Their second eldest daughter Gianna – who tragically died in Sunday’s helicopter crash – was born in 2006.

The teenager had been following in Kobe’s footsteps with her prowess on the basketball court, and had ambitions to join the WNBA.

Kobe told Jimmy Kimmel in 2018: ‘She does for sure. This kid, man. I’m telling you, the best thing that happens is when we go out and fans come up to me and she’ll be standing next to me, they’ll be like, “You got to have a boy. You and V got to have a boy, somebody to carry on the tradition, the legacy”.’

The couple’s third daughter Bianka followed in 2016, while youngest daughter Capri, was born just seven months ago, in June 2019.

Kobe paid touching tribute to Vanessa on the 20th anniversary of their first meeting, as they enjoyed a romantic date in Disneyland together.

‘On this day 20 years ago I met my best friend, my Queen @vanessabryant,’ he said on Instagram.

‘I decided to take her on a date to Disneyland tonight to celebrate old school style (pre 4princesses). I love you mamacita per sempre.’

READ  Kirk Douglas dead: Carys Douglas breaks silence on 'Pappy's' death as he is laid to rest
Share on FacebookShare on TwitterShare on PinterestShare on Reddit
newsgrooveJanuary 26, 2021