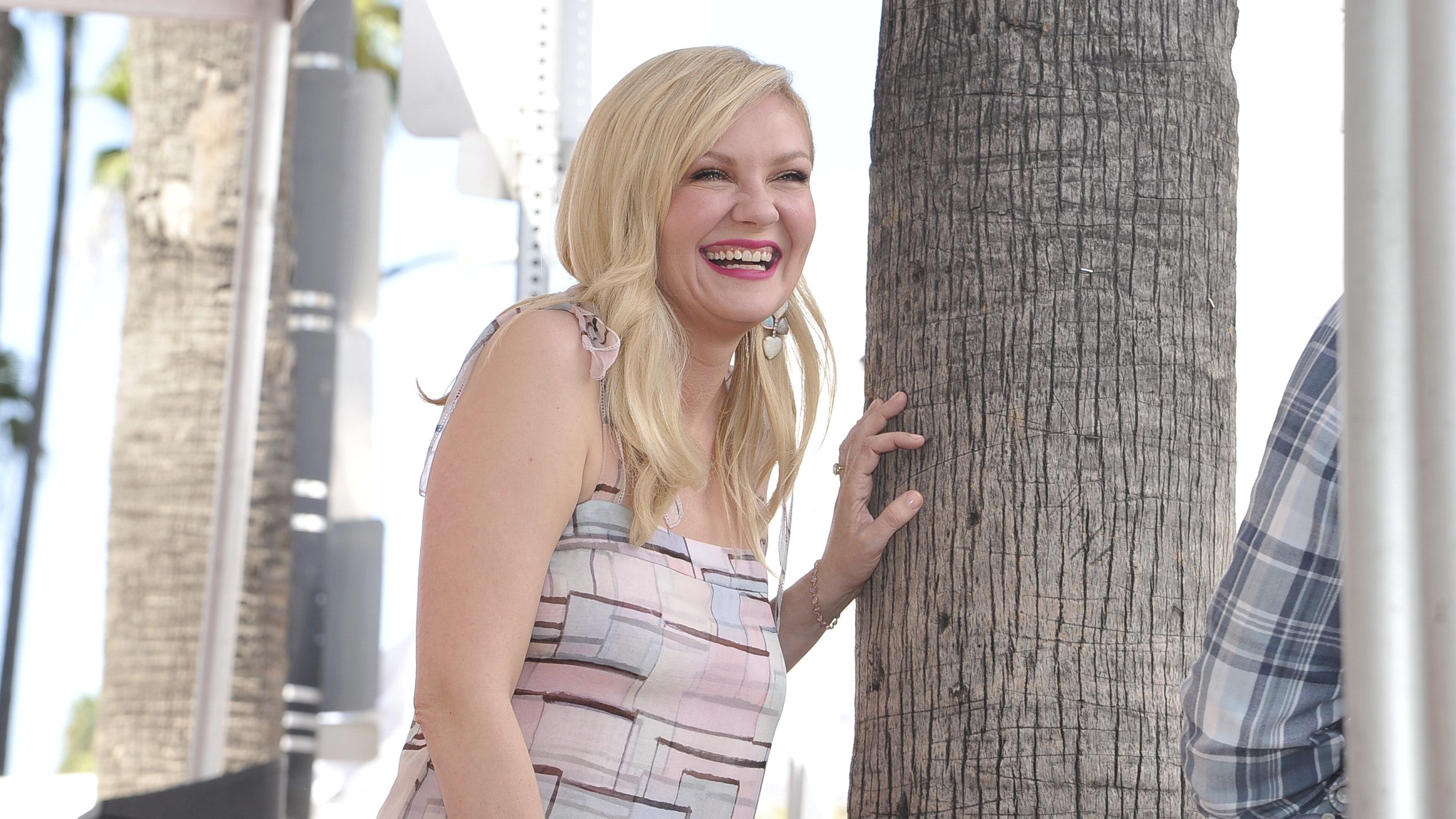 A tearful Kirsten Dunst was joined by fiance Jesse Plemons and their young son as she was honoured with a star on the Hollywood Walk of Fame.

The actress, known for roles in 2000 cheerleader comedy Bring It On and Sam Raimi’s Spider-Man trilogy, saw her name cemented into the pavement on the Los Angeles landmark.

She was introduced at the ceremony by Plemons, whom she has been dating since meeting on the set of Fargo in 2016, as their one-year-old son, Ennis, watched on.

Plemons, 31, described Dunst, 37, as “one of a kind” and said her induction into the Walk of Fame was “slightly overdue”.

Recalling their first meeting at a Los Angeles airport, he said it was love at first sight.

He said: “I looked into her eyes and saw the beautiful, sweet, unguarded welcoming human being she is.

“It was truly in an instant and immediately my nerves and anxiety dissolved and I knew everything was going to be alright.”

Dunst was a child star and won critical acclaim as a 12-year-old starring alongside Tom Cruise and Brad Pitt in 1994 drama Interview With A Vampire.

She followed it up with roles in Little Women and Jumanji, before starring in Bring It On.

Dunst recently said she had been ignored by Hollywood and most in the industry still think of her as “the girl from Bring It On”.

She is currently starring as a struggling mother in dark comedy On Becoming A God In Central Florida, a performance which has attracted high praise from critics.

Dunst took to the stage at 7076 Hollywood Boulevard on Thursday, where she watched her friend, filmmaker Sofia Coppola, pay tribute.

A tearful Dunst later took to the stage and thanked her family, including her parents and brother, for helping her pursue a career in Hollywood.

She said: “To be celebrated here today and be cemented in the history of our city makes me proud of the characters I’ve played and grateful to the incredible artists I’ve met along the way, all of whom have educated and guided me.

“Today will always hold a special place in my heart.”

Chris Hemsworth on Hulk Hogan biopic: “I will have to put on more size than I did for Thor”

What Hamilton Doesn’t Say About His Real History with Slavery