KHLOE Kardashian has made a rude gesture after fans think she locked Tristan Thompson out of her house during a visit with their daughter True.

Tristan, 31, posted a photo with True, four, from the visit on his Instagram Story.

Khloe, 38, shared the image of the vulgar gesture on her Instagram Stories as well.

The Good American founder posted a series of glitter-themed pictures to her account on Tuesday.

The first is a photo of the ocean wide crawling up a beach, the seafoam at its edge sparkles as if there are diamonds trapped beneath the surface.

The second depicts a pair of hands, closed as if symbolizing prayer, tossing a handful of glitter into the air. 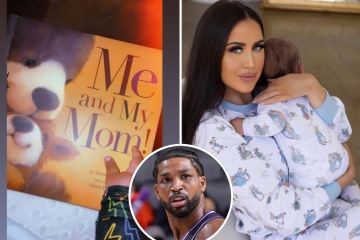 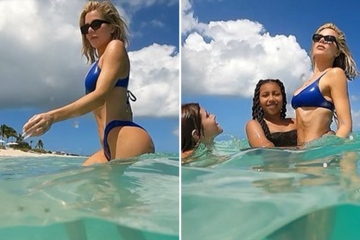 The next, NSFW, image shows a woman’s torso dressed in nothing but a sparkling netted dress and a white fur boa.

The last photo, the one Kardashian fans suggest is aimed at Tristan, depicts a shimmering metallic hand with its middle finger firmly held skyward.

The photos were posted the same day Khloe’s ex was visiting their daughter leading many fans to believe the gesture was a message for the NBA power forward.

The photo shows Tristan displaying a wide grin as the wears a Louis Vuitton jacket and holds his daughter True.

True smiles at the camera as well as she lays back with dad on an outdoor trampoline.

One Redditor questioned: “Is this the same trampoline he took that photo with Khloe and True?”

Another person voiced a similar concern, asking “Why are they always laying on that d**n Trampoline.”

A third fan answered, “He’s probably not allowed in the house” with a laughing emoji.

While a fourth person stated: “I hope this is the case lol”

One conspiracy-minded fan commented: “Maybe he took a bunch of pics at once and [is] posting them weeks later to make it look [like] he’s around his kids.”

Some fans think the Keeping Up With the Kardashians alum has gotten back with Tristan after the Chicago Bull posted the new trampoline photo.

Tristan took to his Instagram Story holding his soon-to-be eldest child with Khloe.

Khloe and Tristan are having a baby boy via a surrogate.

A statement from Khloé’s rep, obtained by E! News, stated, “We can confirm True will have a sibling who was conceived in November.”

In the photo, the 31-year-old lies on a trampoline while all smiles with their daughter True.

He wears a blue Louis Vuitton pajama-style button-up while the tot is dressed in pink.

He captioned Tuesday’s photo, “My princess” with a heart, prayer, and crown emoji.

The photo bounced to Reddit where fans instantly thought this was a sign the two are not giving up.

Both he and Khloe just spent weeks on different vacations, Khloe in Italy and Tristan with an “army of models” in France and Greece.

So needless to say fans were floored by his sweet-meaning snap.

One wrote, “Is this the same trampoline he took that photo with Khloe and True?”

Another replied, “I bet it is!”

Indeed, he posted a similar photo of all three on what appeared to be the same trampoline in December before his paternity scandal broke.

Tristan seemed to be back at that former location in a different outfit – which many even claimed was Khloe’s “house.”

As a fifth expressed, “Those are clearly pajamas he’s wearing. I could be wrong … but I’m convinced Khloe has no intention of letting this man go.

“Still having sleepovers at baby mom Klo’s house,” they added.

“He clearly has it made. He comes and goes whenever he pleases.

“He always has a backup booty call plan if he can’t find some random chick,” they harshly added. 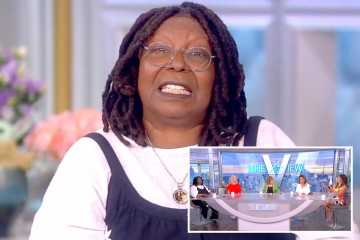 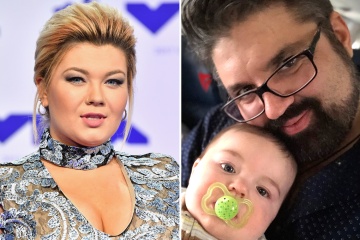 “He knows she’s not going anywhere and he can weasel his way back in at any time.”

Tristan also shared a photo this weekend of one of his other children, Prince, five, after a wild time partying in Europe, so he seems to be back in the states. 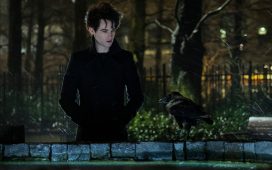 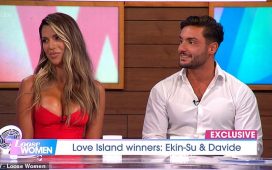 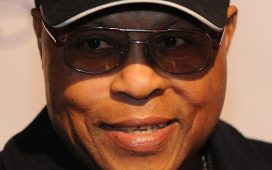 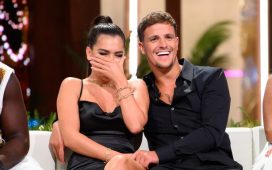 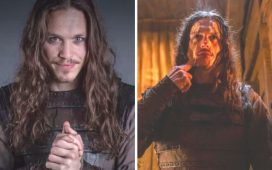 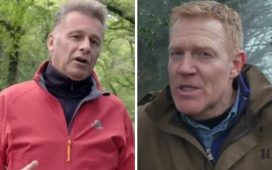