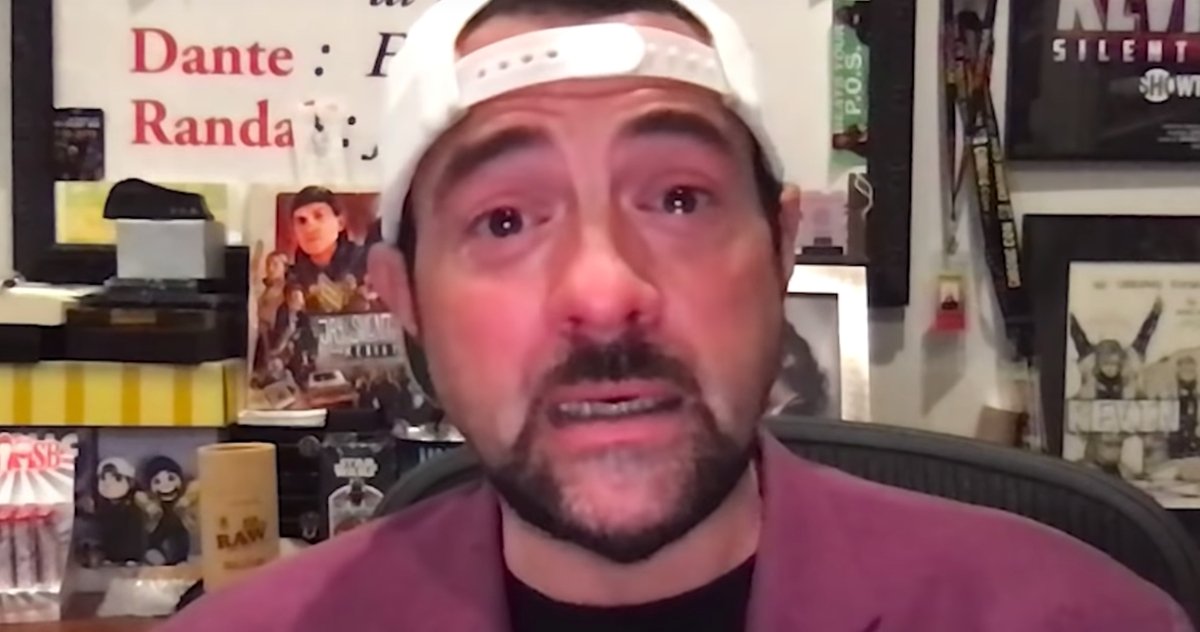 Not even Kevin Smith could pull out the water works for The Rise of Skywalker. The director/writer is a huge Star Wars fan and is even included in this latest movie. He had a voice role in The Force Awakens as a Stormtrooper, but this time around he’s a cyborg on Kijimi and can be seen for roughly one second as Oscar Isaac’s Poe Dameron sneaks past him. J.J. Abrams invited Smith to the set and offered him the part after his health scare and he is beyond grateful for the opportunity Abrams gave him. With that said, Smith still finds some time to throw some subtle shade on the movie in his recap video. There are SPOILERS for The Rise of Skywalker below, so read ahead at your own risk.

Anyone who is familiar with Kevin Smith knows that he can basically cry tears of joy at any point when he’s talking about something that he loves. Smith’s fandom knows no bounds and he is not ashamed to admit just how much he loves what he’s into. With that being said, The Rise of Skywalker recap video he recently posted only has some tears for Han Solo’s return and the end of Luke Skywalker’s journey. Not even one drop for the new characters and J.J. Abrams even gave him a part in the movie.

One of the best calls Kevin Smith makes on The Rise of Skywalker is that a lot of the names for things seem like they were “first draft names.” Need a name for skipping through Lightspeed? How about Lightspeed Skipping? Need something to find the way to Exegol? How about the Wayfinder? It’s hard not to agree with Smith on this point, which he basically shrugs off. As for Emperor Palpatine coming back, he thinks the odds of surviving the Death Star explosion are a million to one, but he buys it anyway due to the different natures of the Force.

READ  Daniel Craig: 'We struggled to keep Trump out of' latest James Bond film 'No Time To Die'

Kevin Smith does mention the words “fan service” more than once throughout The Rise of Skywalker recap. He guesses that they ran out of characters to bring back, which is why they chose to bring back Palpatine and then compares the Sith fleet of the Final Order to Costco. There’s a lot of absurdity and a lot that isn’t explained in the movie, which is also something Smith brings up more than once. He also had a pretty good dig on Adam Driver’s Ben Solo, noting that he looks like he’s dressed “in a sweater he got at the Gap.”

Even though Kevin Smith has a cameo in Star Wars 9, he was only able to shed a few tears while recapping The Rise of Skywalker. That might be the best review of the movie thus far, though he claims to really enjoy it and all of the fan service. Critics all seem to be in agreement about the movie, while the fans are a bit more mixed. It should be noted that the audience score on Rotten Tomatoes is currently at 86%, which is the complete opposite to the critical score. You can watch Kevin Smith’s recap above, thanks to the Kevin Smith YouTube channel.