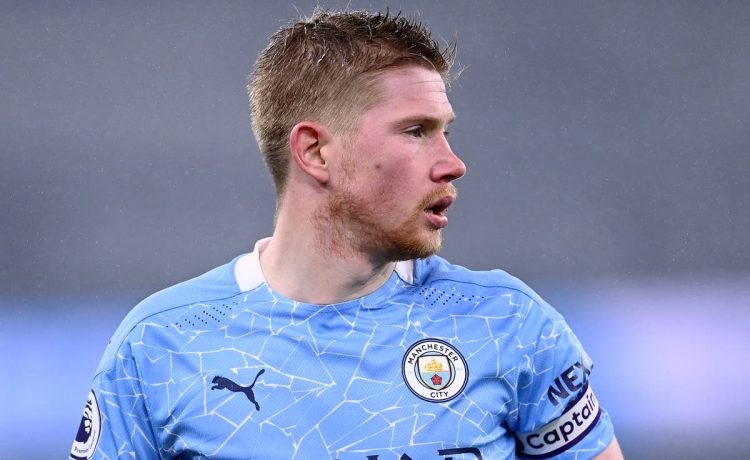 De Bruyne took part in full training on Tuesday having recovered from the problem, which he suffered during last month’s 2-0 Premier League win over Aston Villa.

The Belgian was ruled out for up to six weeks by manager Pep Guardiola, but could return after just four at Goodison Park on Wednesday night.

“He travels. He travels with us,” Guardiola confirmed when asked about De Bruyne’s availability in his pre-match press conference.

Guardiola had already confirmed that De Bruyne was “feeling much better” and that he had returned to training with the rest of the first-team squad.

De Bruyne’s return comes as City hope to record their 17th consecutive win in all competitions and open up a double-digit lead at the top of the Premier League table.

City will be without Ilkay Gundogan for the trip to Merseyside, with Guardiola unwilling to risk aggravating the in-form midfielder’s minor groin injury.

“He feels really good but he won’t travel as we don’t want to take a risk,” the City manager said.

“Maybe if it was a final or something special and we needed him we would take a risk but in the moment we don’t want to lose him.

“We have many games ahead, that’s why it’s not a big issue but we have to be careful.”

Sergio Aguero will be named among the substitutes at Goodison Park as he steps up his recovery from a bout off Covid-19.

Aguero was included in the matchday squad for the first time since contracting the virus on Saturday, in the 3-0 win over Tottenham Hotspur, but was an unused substitute.