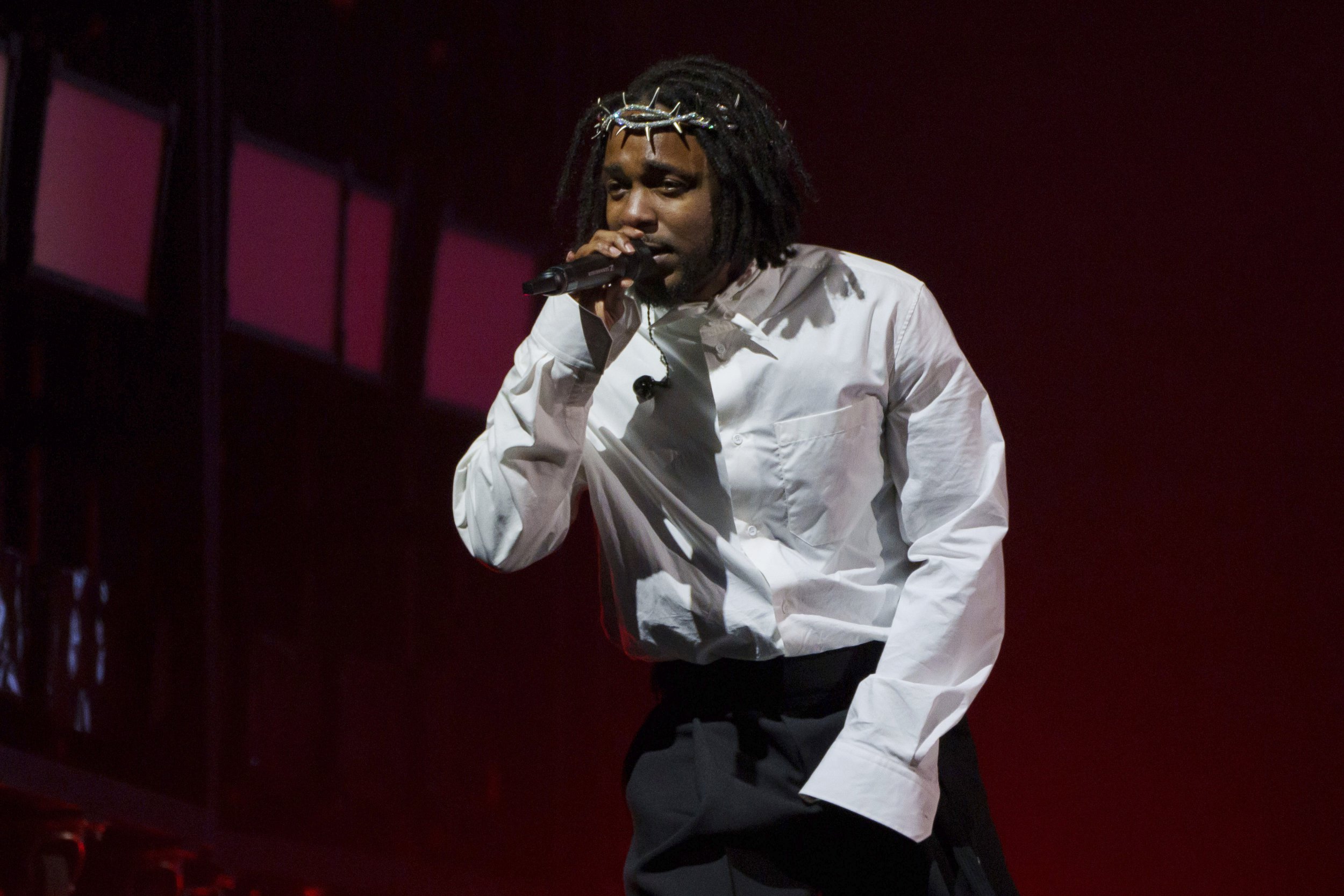 A powerful, high drama weekend closer from Kendrick Lamar put a definitive full stop on the Glastonbury festivities. Roiling from party anthems to civil rights via theology and ballet, it was part singalong headline set, part theatre, and all incredible.

From the moment his dancers stepped on stage to instrumentals from his new album, it was clear that we were in for something very different to the Paul McCartney knees-up or Billie Eilish’s hijinks of the previous nights. Lamar himself emerged with a bejewelled crown of thorns on his head, and with no preamble launched into “United In Grief”, a song that not only details his many and varied achievements but also his struggles with mental health and personal loss. His stage presence was astonishing: when he told the crowd to sing (just like that, a single word off-script: “Sing.”), it didn’t feel like you had a choice. It wasn’t a request – it was a command, a decree handed down from on high.

The sheer number of words delivered during the set must be in the tens of thousands, but Lamar never missed a beat, never fell out of time as he rapped. His smooth but rapid flow is impressive on record but that’s nothing to the experience of hearing it live.

The production was a celebration of Black excellence. The dancers who variously pirouetted and shadow-boxed their way around Lamar were all people of colour, echoing the calls for racial justice that feature in many of his tracks. During “Institutionalised”, the words “They want us to bow” filled the stage backdrop, while Lamar performed most of the song stooped over as his dancers enclosed him; for “Count Me Out”, his female dancers dressed in red were arrayed around him, like an image of Mary Magdalene bathing Christ.

He explicitly detailed his choice to wear the crown of thorns before his final song, saying, “I wear this crown as a representation of one of the greatest prophets who ever walked this earth. They judged Christ. They judge you.” It was a sentiment a little lost on the religion-averse British crowd, though it led to a powerful moment during “Savior”, when he interpolated a call for women’s rights into the final moments as blood descended down his face from the thorns on his crown – making him one of the few male performers at Glastonbury to have addressed the US Supreme Court’s overturning of Roe v. Wade this week.

If all that sounds a bit heavy, then rest assured the bangers were out in force too; “Bitch Don’t Kill My Vibe” and “Swimming Pools (Drank)” got early outings, and the set’s final act was formed of a pick-me-up of “Humble” and “Loyalty” from DAMN. When he played “Alright”, with its repeated refrain that “We gon’ be all right”, it felt like he really meant it, like that message reached out to each person there. The beautifully romantic “Love” was so tenderly performed that the applause went on and on, and the previously stony-faced Lamar was visibly moved.

I suspect that some of the nuances of the show were a little lost on the audience; white faces using choruses as an excuse to say the n-word, for example, and the fact that the entire field refused to accept the abrupt, dramatic ending despite it being very obviously a finely crafted setlist (and that he’d already played all his bangers).

It has become de rigeur for Glastonbury headliners to bring out special guests. The big rumour for Lamar’s set was that Rihanna would make a post-baby appearance for “Loyalty”, and it was no shock that this proved to be false. But to bring out some kind of novelty addition would have diluted what was an excellent production, a brilliant headline set, and an important booking for the famously homogenous Glastonbury festival.