ir Keir Starmer’s gathering in Durham is “a million miles away” from Boris Johnson’s lockdown rule-breaking incident, the mayor of London has said.

Sadiq Khan, who was at the Eid in the Square celebrations at Trafalgar Square on Saturday jumped to the defence of the Labour ledear.

He said: “Keir is quite clear. No rules were broken.

“He was working incredibly hard all day, had supper in the evening.

“A million miles away from what Boris Johnson was found to have done.

“The Prime Minister who makes the rules, breaking the rules. But also a culture in Downing Street where it’s bring your own bottles, it’s karaoke machines, it’s garden parties.

“Very, very different to what Keir is alleged to have done.”

The Labour leader had been pictured with a beer talking to others in a Labour office while campaigning during the Hartlepool by-election last year. .

Durham Police said this week they had reversed an earlier decision on the case that no offence had been committed, after receiving “significant new information”.

Meanwhile Sir Keir Starmer said he is “confident” that he did not breach lockdown rules by having a beer and curry at a campaign event.

The Labour leader spoke after Durham Constabulary confirmed it was investigating claims an evening event attended by the Labour leader with other senior party figures and activists last year might have broken pandemic social distancing regulations.

He said: “As I have explained a number of times, I was working in the office, we stopped for something to eat.

“There was no party, no breach of rules, I am confident of that.”

Speaking during a visit to Scotland, the Labour leader added: “The police have obviously got to do their job but meanwhile I am here in Scotland because we have had a fantastic set of results.”

The Durham police inquiry will examine, among other information, video footage showing Starmer holding a bottle of beer inside the constituency office of the City of Durham MP, Mary Foy, during the byelection campaign. 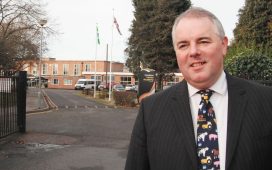