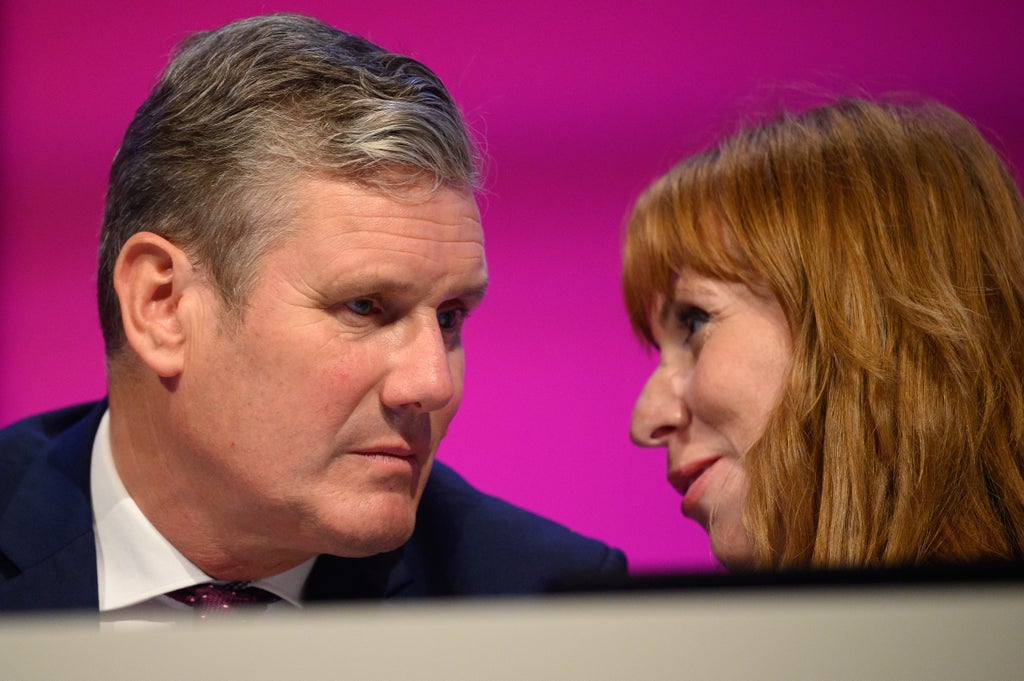 It should be written in the job description. As a serial deputy, I can tell you that the first rule of the role is simple: you are not supposed to shine. Your chief purpose is to loyally support your boss. But, as Sir Keir Starmer has realised, not all deputies play by the rules. The sadness is writ large on the Labour leader’s face — as his deputy Angela Rayner whispered coquettishly into his ear at Labour party conference on Sunday it had clearly dawned on him. He has fallen victim to a chronic case of NDS — Nightmare Deputy Syndrome.

While Sir Keir struggles to show people what he stands for, Rayner’s values are crystalline. She’s upstaging him and she doesn’t care one iota. It is as if she has heard of the concept of a work wife and decided to be the antithesis of it, calling the Tories scum and lighting a defiant cigarette instead of apologising in a picture that made all the front pages (rather than her boss’s policies)

Your colleagues are often the people who you spend the most time with, which is why you need support. Enter, the work wife (or husband), who you can direct a conspiratorial eye roll in meetings, who makes you look better and who you can go to in times of crisis (or when you are hungover on a Tuesday morning). The nightmare deputy has no time for this. They benefit from the unspoken rule that leaders should be kind to their deputies, so Sir Keir is trying to appear relaxed about Rayner even though he does not seem like a laid-back kind of man. He will know that, as Machiavelli put it, “the first thing one does to evaluate a ruler’s prudence is to look at the men he has around him”. In other words, having a team who are on the same page as you matters.

Increasingly, deputies are opting to have titles such as “executive”, rather than take all the doormat-like associations that come with being the company’s equivalent of always the bridesmaid never the bride. Rayner is defying this stereotype, one punchy statement at a time. She might be Starmer’s deputy now but he will already be worrying that one day it might be the other way round.