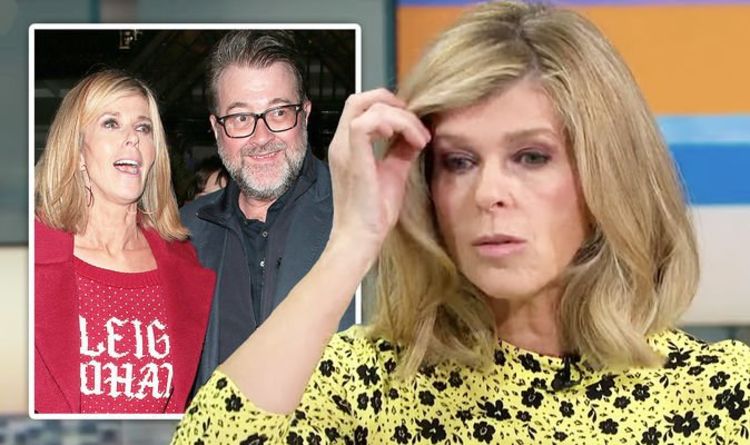 Kate Garraway: Moment in Derek documentary is ‘tough’ to watch

Garraway gave insight into her husband’s life-threatening battle with coronavirus in the ITV show Kate Garraway: Finding Derek last night. It’s nearly one year since her husband was hospitalised with the deadly virus that has claimed the lives of 126,000 people in the UK. In the documentary, it’s revealed that Draper “didn’t know how to cope” during an emotional phone call and believed there was “no way out”.

Garraway pleaded with her husband to continue fighting and told him she would “find a way to make it better”.

He suffered kidney failure, pancreatic and liver damage, holes in his lungs from pneumonia and lost eight-stone during his battle.

Garraway has encouraged her husband to focus on “coming back to your life” and instructed him to “hold on” during the darker days.

The star has given a series of heartbreaking updates about her husband’s condition on Good Morning Britain over the past year.

This is not the first health battle the couple have faced – and, in 2014, Draper showed the same commitment and support to his future wife.

At the start of their relationship, Garraway was hospitalised with a cyst on her kidney.

In a 2018 You magazine article, she claimed “doctors were concerned it was something more sinister” and put her onto the ward.

Garraway became “seriously unwell and spent the next two months in and out of hospital”.

She believed it was a testing moment for their relationship because they had only been on a few “early dates”.

Garraway had been “groom and polished to the max” and the “next minute” she was in a hospital bed.

Kate Garraway and Derek Draper married in 2005 after being introduced by an ITV colleague in 2004 (Image: GETTY)

She joked that it was not the most attractive look as she was “in a hospital gown with unshaven legs”.

Garraway said: “Most couples would have still been in the glamorous ‘dinner and cocktails’ phase.

“Derek found himself sitting by my bed sharing my hospital food.”

However, she argued it was a positive thing for their relationship and made them feel “so close” when life eventually returned to normal.

Due to “sex being out of the equation” during that time they “talked about life, the universe and everything”.

They also discussed “the stuff you are usually advised not to bring-up on first dates” including “family, children and commitment” to see if their thoughts aligned.

Garraway added: “It fast-forwarded our relationship and by Christmas, we emerged feeling very clear about each other.”

When they were able to continue with the physical side of their relationship they “were in a very different place”.

Garraway believed “that intimacy changed our sex life for the better” and added: “We felt so close that we could move forward in a relaxed way.”

The star gushed about “always” being “attracted to Derek physically” and finding his intellect extremely “sexy”.

Garraway said: “He has wonderful eyes and I love that he is so big. I’m very short, so he felt solid, warm and comforting but it was also his mind.”

She described the brain as “the sexiest organ” in the body and recognised his intelligence during the time they spent together.

Kate Garraway admitted she was ‘attracted’ to Derek Draper immediately after meeting him in 2004 (Image: GETTY)

They were set-up on a blind date by Gloria De Piero, GMTV’s then political editor, in 2004 and Garraway knew she “liked him straight away”.

One year later, she told The Guardian he was “charming and funny” and had a “sweet vulnerability” about him, too.

Draper proposed five months into their relationship in a jacuzzi, in Cairo, and they married soon after in 2005 – they now have two sons, Darcey and William.

In 2019, when the ITV star went on I’m A Celebrity… Get Me Out Of Here!, Draper admitted it was “hard to watch” his wife “struggle” in the show.

Garraway narrowly missed a spot in the finals and suffered homesickness before undertaking a number of bushtucker trials.

After watching one emotional clip, Draper said: “I just wanted to dive into the television and give her a big hug.”

He claimed to have fallen in love with his wife all over again seeing her personality shine on the reality TV show. 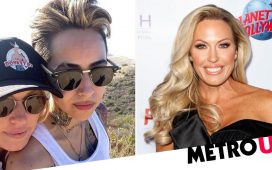 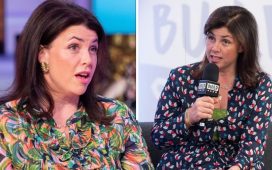 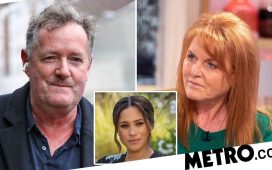