That was a tough on-court coaching break for Andreescu. A tearful Andreescu said that she twisted her knee, heard it crack and the trainer told her that she had hurt her meniscus. She can’t bend her knee at all and she is hearing cracks as she moves around.

Andreescu’s coach, Sylvain Bruneau, told her not to push it. “I don’t want to stop,” she responded, wiping tears from here eyes. On she goes…

First set: Karolina Pliskova 3-2* Bianca Andreescu: Pliskova holds, but also spare a thought for her. She had to save three break points, hit two consecutive double faults and a couple of howlers off easy short balls. Facing an injured player is never easy.

First set: Karolina Pliskova *2-2 Bianca Andreescu: This is a struggle. Pliskova is mostly just putting the ball down the middle of the court, but even moving around the ball is proving too much for Andreescu at the moment who has already made a slew of errors since returning to court. Pliskova snaps a great backhand down the line to break back.

First set: Karolina Pliskova 1-2* Bianca Andreescu: Andreescu skips through two points and Pliskova gets on the board after a netted backhand from the Canadian. The crowd is deathly silent. The trainer is back on the court and deep in discussion with Andreescu. It seems like she took some painkillers.

Medical timeout over. Andreescu is back on the court with a heavily strapped knee. We’ll see if she can move.

READ  F1: Sebastian Vettel ‘not worried’ by form but is his Ferrari future at risk?

Andreescu is officially taking a medical timeout. The trainer is wrapping up her left knee and she looks extremely frustrated.

First set: Karolina Pliskova *0-2 Bianca Andreescu: Well, forget my last comment! Andreescu lunges for a forehand and now she is struggling to walk. She limps to the bench. This does not look good.

This doesn’t seem to have too much to do with her back problems yesterday though. The trainer is taking a look at Andreescu’s left knee.

First set: Karolina Pliskova *0-2 Bianca Andreescu: Andreescu consolidates the break with ease and with plenty of help from some loose errors by Pliskova. Physically, Andreescu looks fine so far.

First set: Karolina Pliskova 0-1* Bianca Andreescu: Andreescu strikes in the opening game but that was some strange play from Pliskova. Pliskova led 40-0, then missed a couple of first serves and dumped a forehand drive volley into the net. She had five game points in total, but Andreescu took her very first break point. What’s already clear that Pliskova’s second serve is going to be under attack today.

The round robin scenarios.

Hello! Welcome to our coverage of day 4 of the WTA Finals in Shenzhen. A few moments ago, Elina Svitolina defeated Simona Halep 7-5 6-3 a tough, physical match to qualify for the semi-finals, leaving only one spot in the Purple Group. Halep attempted every single shot in her arsenal but she simply couldn’t consistently pierce the Svitolina defence. Do not expect Bianca Andreescu and Karolina Pliskova to have the same amount of patience today.

US Open champion Andreescu comes in with plenty of question marks after she ended her brilliant, gripping three setter with Simona Halep looking physically compromised. The trainer tended to her back multiple times during the third set and she struggled with her movement by the end. However, we know that Andreescu’s body is brittle yet she has only lost 6 times this year and her level against Halep was otherwise great. Hopefully the day off provided her enough time to recover.

Across the net, Pliskova’s presence will ensure a far less physical match today with shorter exchanges. The self-styled ‘Ace Queen’ has served a monstrous 474 aces this year, leading the tour as she so often has over the past four seasons, and she is also fourth for service games won at 79%. She will be tough to break as usual. Although Pliskova has had some great results on slow surfaces this year, including a title on the clay courts of Rome, these courts are playing very slow in Shenzhen and it certainly won’t help her serve.

Another factor that won’t help Pliskova’s serve is that she is facing one of the best returners in the world. Andreescu is 5th in the world for return games won this year and she will look to smother Pliskova’s second serve as frequently as possible. Despite the slow courts, both players will be looking to dominate with their weapons and take control of the exchanges. Andreescu holds the upper hand in the head to head after winning their only clash in three sets at the Rogers Cup in the summer.

As usual, please feel free to email me at tumaini.carayol@theguardian.com or tweet me at @tumcarayol. 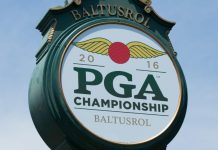