JWoww Has the Funniest Reaction to Finalizing Roger Mathews Divorce 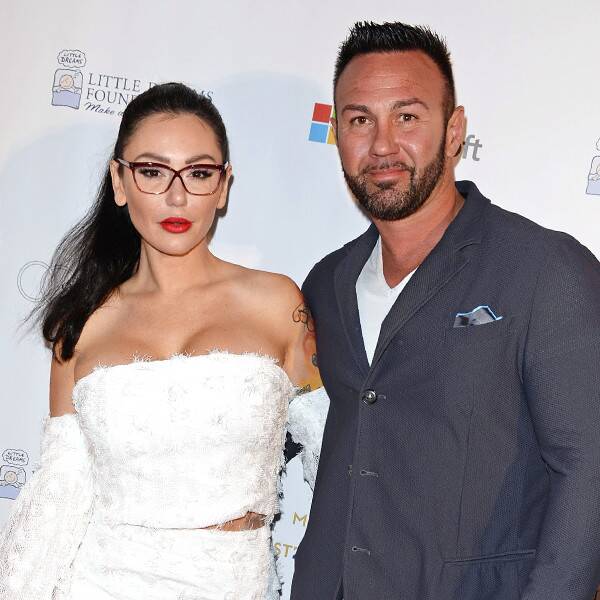 It’s officially over between JWoww and Roger Mathews.

Almost a year after the Jersey Shore star split from her husband, E! News has confirmed that JWoww and Roger’s divorce is finalized.

“Jenni and Roger have reached an amicable conclusion and finalized their divorce,” JWoww’s rep tells E! News. “They remain devoted to co-parenting their children in a happy and healthy environment and they both wish each other the best.”

The reality star, who shares kids Meilani, 5, and Greyson, 3, with Roger, filed for divorce in Sept. 2018. Since that time, the former couple has endured a series of highs and lows in their relationship, and now it seems as though JWoww is happy to be putting her marriage to Roger behind her.

After news of their divorce proceedings emerged on Thursday, JWoww took to her Instagram to share two throwback photos of Nicole Kidman. The pictures are rumored to have been taken in the early 2000s after the Oscar winner finalized her divorce from Tom Cruise.

JWoww captioned the photos of Nicole with a dancer emoji, showing that she’s in a celebratory mood.

After her split with Roger, JWoww has since moved on with beau Zack Clayton Carpinello. The duo, who met years ago due to JWoww’s friendship with his sister, made their red carpet debut back in May.

As fate would have it, Zack was actually in attendance at JWoww’s wedding to Roger in 2015.

It was just days ago that JWoww and her new man attended the 2019 MTV VMAs together, where they posed on the red carpet. After attending the award show, the couple took to social media to slam pregnancy rumors that had emerged.

“Jenni is NOT pregnant,” Zack told his Instagram followers. “Stop being idiots.”

JWoww also replied to a pregnancy question by writing, “Nope. Just a burger.”