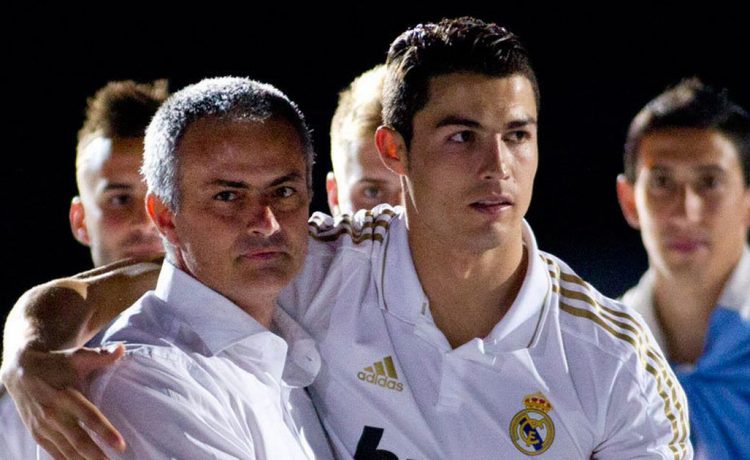 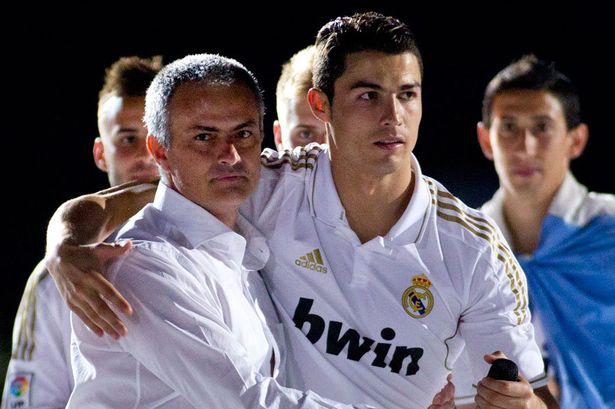 Jose Mourinho is making plans for the summer transfer window as he looks to build his new-look AS Roma side, and reports suggest he’s got his eye on a stunning move for Cristiano Ronaldo

Jose Mourinho wants to reunite with Cristiano Ronaldo at Roma despite falling out with the Portuguese striker in a terrible way at Real Madrid, it has been claimed.

Mourinho is set to rebuild his Roma side this summer after taking over from Paulo Fonseca.

The former Manchester United, Chelsea and Tottenham boss has been tipped to raid the Premier League to form his new-look team.

Nemanja Matic and Granit Xhaka have both been linked with moves to the Stadio Olympico, but now it seems Mourinho is setting his sights a bit higher.

The Portuguese forward has been tipped to leave Juventus this summer, with Massimiliano Allegri set to rebuild his squad and focus on youth after replacing Andrea Pirlo.

Should Cristiano Ronaldo join Roma? Let us know what you think in the comments section.

And with Ronaldo only having a year to run on his current deal, it’s been speculated that he could decide to walk away.

However, there are doubts as to whether he would consider a reunion with Mourinho considering how the pair’s relationship deteriorated in Madrid.

When Mourinho was the manager at the Bernabeu, he reportedly reduced Ronaldo to tears after berating him during a Copa del Rey match.

Then, when discussing the final of the 2016 European Championships, Mourinho claimed Ronaldo was distracting his team-mates after being taken off injured early in the game.

And former Madrid striker Antonio Cassano believes there’s no chance the two will want to reunite.

“Mourinho didn’t get on well with Cristiano Ronaldo at Real Madrid. How can you think he’s going to go to Roma?

“I don’t know if it’s because they have the same agent, Jorge Mendes, or a Portuguese sporting director, but how can you think Cristiano’s going to Roma?”

READ  Hamilton beats Henderson to win BBC Sports Personality of the Year award
Share on FacebookShare on TwitterShare on PinterestShare on Reddit
newsgrooveJune 1, 2021