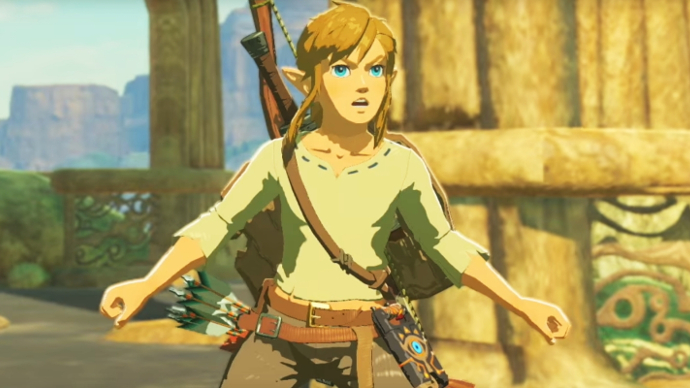 It’s not just the year in video games that’s ending, it’s also the past decade and, in the case of the PlayStation 4 and Xbox One, the past console generation. That’s a lot to cover, so let’s just jump into my picks for not only the best games on 2019 but the best games of the 2010s.

First some shout outs to games that won’t show up later on the list. After an eternity of free-to-play garbage, the Apple Arcade subscription brought us more quality mobile games than we can count in one fell swoop. Meanwhile, my girlfriend would very much want you all to know that her games of the year are Untitled Goose Game, Luigi’s Mansion 3, Yoshi’s Crafted World, and 2014 mobile banger Crossy Road.

Originality isn’t everything. Star Wars Jedi: Fallen Order may remind you of a bunch of other games, wrapped in a skin of the most popular franchise around, but it synthesizes them with such craft that it’s hard to care.

Pokemon finally comes to home consoles with the expanded vision this franchise has needed for years. There’s still work to be done (and monsters left to add) but with Pokemon Sword and Shield the dream of a fully open-world Pokemon game finally feels achievable. Plus this one has a duck with an onion sword.

Gears of War could’ve rested easy on the hefty third-person shooting it perfected and countless other games ripped off. But Gears 5 drew in me, a non-fan, with a campaign admirably ambitious in both its open-world scope as well as its ability to interrogate the psychology of its main heroine.

The microtransaction stuff in these NetherRealm games still bothers me, but the fighting has never been better than in Mortal Kombat 11. Beyond mere gimmick, the move customization really opens up your combat creativity. And the climactic story has enough time travel shenanigans to make it a much bloodier rival to Avengers: Endgame.

Slay The Spire (published by our sister company Humble Bundle) is the 2019 indie roguelike that managed to break through my usual apathy toward the genre. There’s just something about the methodical pace of the strategic deckbuilding that had me welcoming the randomization for once.

2019’s best Zelda game came from an indie studio that not only showed infectious musical love for the Nintendo franchise but also fixed their own previous game Crypt of the NecroDancer. Largely free from punishing roguelike garbage, and with plenty of added nostalgic Zelda aesthetics, the sheer creativity of the rhythm-based dungeon crawling could finally shine in Cadence of Hyrule.

The year that gave us a game about gentle goose mischief set to piano music also gave us violent gorilla rampage set to jazz drums. Ape Out takes the top-down cocaine arcade violence of Hotline Miami and swaps the surreal drug crime escapades with the far more righteous journey of a gorilla murdering its captors with its bare hands.

As I’ll explain later, Super Mario Maker is one of the best games of the decade, in both theory and execution. The ubiquity of Mario sidescrollers is an amazing venue for democratically teaching the fundamentals of game design. Super Mario Maker 2 takes all that, adds more, and brings the game to a system people actually own.

As much as I love modern, permadeath-free Fire Emblem, I wasn’t super into Three Houses revolving around a boarding school gimmick. I was super wrong though because it turns out actively teaching units to become your preferred strategic classes gets you way more invested in them than just pairing them off to breed. Add in an epic, two-era plot and multiple alternative games’ worth of branching content and you have a Fire Emblem game fit for modern consoles.

Since 2017 I’ve had to suffer everyone constantly talking about battle royale games, whether it’s the janky and boring PUBG or obnoxious worldwide phenomenon Fortnite. And Apex Legends this year shows we’re still not out of the woods. Tetris 99 had the wild idea that these game should be fun in their own right from the start, and only get more exciting as you realize you’re competing against countless other plays. Basing your game off of the most perfect puzzle game of all time definitely helps.

BEST GAMES OF THE DECADE

Telltale reinvented the adventure game genre with its adaptation of The Walking Dead. This is a game that proved so much whether it’s the viability of the episodic model, the power of great writing and player narrative choice, the untapped potential of everyday Black protagonists, and the possibility of something actually cool coming from The Walking Dead. Telltale never made anything as good as this first season, and unfortunately mismanagement means they’ll never get another chance.

Fire Emblem stuck so stubbornly to its needlessly difficult love of permadeath that it nearly self-destructed. Fortunately, the series rose to new heights with Fire Emblem Awakening on 3DS. Take the brilliant core strategy role-playing, relax some of the more punishing restrictions, and add in the absolutely brilliant mechanic of romantically pairing characters to recruit their future children. Now I finally love this series, not just playing as Marth in Smash Bros.

I’ll say it before and I’ll say it again, Bayonetta 2 is an absolutely flawless perfect shining diamond of an action game. Everything is always popping off all the time across Earth and Heaven and Hell. Only Bayonetta is a bad enough witch to just deal with it.

Doom just rocks. It takes the spirit of the iconic PC shooter and makes it feel just as fast, brutal, raucous, and fist-pumpingly awesome as it did in the early 90s. Ripping and tearing your way with contempt through the dumb pulpy forces of Hell puts you in a gore trance that’s absolutely heavenly.

Nintendo finally let you make your own dang Mario games and the result is something like an essential piece of creative software on par with Microsoft Word or Photoshop. Super Mario Maker is a miracle.

Intentional or not, it’s so beautiful that a game with a subtitle referring to the pain of a missing limb literally feels like a revenge-choked nightmare that’s had huge chunks ripped out of it. Fortunately, the chunks that remain are an elegant open-world reinterpretation of Metal Gear’s finely tuned stealth mechanics and affinity for general weirdness. And if Death Stranding is anything to go by, I think we underappreciated how much we need Metal Gear as a franchise to ground Kojima as a creator.

DropMix is the greatest music game since Harmonix last great music games Guitar Hero and Rock Band. And we failed it. This is a game that let us create endless mind-blowing mashups with different vocals and melodies and drumlines from hundreds of songs, with software that made sure everything flowed and sounded pleasing. And no one bought it. We deserve this world.

StarCraft was one of the most formative games for me growing up. And I’m not alone. This perfectly balanced sci-fi real-time strategy has had players testing their tactics and mouse-clicking skills for years in casual matches and full-blown esports tournament. Blizzard spent half of this decade delivering the three-part follow-up StarCraft 2. And I fell back into this hole so completely my eyes bled.

1. The Legend of Zelda: Breath of the Wild

Open-world games exploded in the 2000s and continued strong into the 2010s. It was a rare popular gaming trend that Nintendo themselves didn’t innovate. Instead, they just observed. And their patient response reimagined their crown jewel franchise into its most perfect self, rewrote the rules for the entire genre, launched the Nintendo Switch on the best foot possible, and gave us a sexy shark man. The absolutely magnificent The Legend of Zelda: Breath of the Wild is the greatest video game of the decade.