Johnson’s radical planning reform for England hangs in the balance


Boris Johnson last year promised to tear up England’s “outdated and ineffective planning system” to make it easier to build new homes. But his proposals have since run into strong opposition, raising doubts over whether the UK prime minister’s reform to fix the housing crisis will proceed.

Johnson sacked Robert Jenrick, the housing secretary responsible for the sweeping planning reform, in September. He was replaced by Michael Gove, who has put the contentious proposals under review.

Having given such a clear diagnosis, is Johnson still willing to administer his medicine to improve the affordability and availability of housing in England?

“Gove’s main task is to plug the vacuum because the planning system is treading water,” said Matthew Spry, director at Lichfields, a planning consultancy. “There can and should be reforms; they need to be expedited.”

At the centre of the government’s reform, outlined in a white paper last year, were proposals for a simpler planning system involving clear rules and a shift away from the ad hoc arrangements in which development applications are scrutinised locally, often resulting in bitter battles lasting years.

Aiming to circumvent such struggles, the white paper split land into three categories: in some areas all building would be prohibited, in others limited development would be permitted, and elsewhere housebuilders would automatically be given authorisation provided they stuck to certain rules.

In theory, that would take risk and uncertainty out of the planning process. But like many governments before them, the Johnson administration has come unstuck in the face of determined opposition both in the country and at Westminster.

Rural campaigners derided the proposals as a “developer’s charter”. They were attacked by some Tory MPs, including former prime minister Theresa May.

The potentially toxic nature of the reform was laid bare when the Liberal Democrats won the parliamentary by-election in Chesham and Amersham in Buckinghamshire in June. The constituency had long been a Tory safe seat, but the Lib Dems overturned the Conservatives’ 16,000-plus majority by campaigning on an anti-development ticket.

One of Gove’s first moves after being appointed housing secretary was to press “pause” on the planning reform and embark on a review.

While the proposals are in a holding pattern, the prospect of higher interest rates to tame surging inflation have come into sharp focus. The Bank of England last week warned of tighter monetary policy, which could help cool the housing market after its boom during the coronavirus pandemic.

Millions of people at present find themselves unable to afford a home in the areas where they work. In many parts of London and south-east England, average house prices are more than 10 times average wages, according to official data.

One possible remedy for the region is to build more homes where job opportunities are concentrated, but south Oxfordshire illustrates how politically challenging that can be within the existing planning system.

Across a 25-mile stretch of rolling countryside between Oxford and Reading a patchwork of building sites and new housing estates is spreading.

Locals are deeply divided: some argue far too many homes are being built, eating into protected land, or greenbelt, while others say there will be too few to satisfy demand from people moving into the area.

Simply building more homes in the area will not solve the housing crisis, according to David Rouane, Lib Dem leader of South Oxfordshire district council. “What you get from government is a misunderstanding of supply and demand,” he said. “They think if we build more houses, it will make them cheaper.”

“If you build homes here . . . it makes them super-attractive to Londoners but in terms of addressing our own local housing needs it doesn’t do anything,” he said.

Resistance to development in the area came to a head in 2019 when a battle over a county-wide housing plan led to the Conservatives losing control of South Oxfordshire council to a Liberal Democrat and Green partnership.

Similar tussles have played out in town halls up and down the country. Ant Breach, an analyst at the Centre for Cities, a think-tank, said a more rules-based approval system for development was the way to strip some of the local politics out of planning.

England’s current system, which has its roots in the 1947 Town and Country Planning Act, is an outlier internationally. “The UK sticks out like a sore thumb in terms of its discretionary planning system — and that’s why we have such bad housing outcomes,” said Breach.

Even so, there is evidence that development can be pushed towards the government’s target of building 300,000 new homes a year within the confines of the existing planning system. The number of net homes built each year has steadily increased since 2012, according to data from Gove’s department.

Wakefield, in Yorkshire, is one success story. The council has provided a steady stream of green and brownfield sites to developers, which built almost 9,000 homes between 2013 and 2019, just under a third of which were classified as “affordable”. At £157,000, the average house price in the area is well below the national average.

High housing delivery in Wakefield was largely the result of straightforward local politics, with Labour holding a firm grip on the council, said John Gladwyn, a developer who has built across Yorkshire.

Wakefield reveals another issue, however: the area builds enough homes, but not always the right ones. There is a shortage of flats for younger people and bungalows for the elderly to downsize into.

Most of all, there is a shortage of social housing, according to Matthew Morley, the Labour councillor overseeing planning in Wakefield.

The government’s white paper made no mention of social housing, and critics have accused it of taking a narrow view of the housing crisis by focusing on the target of building 300,000 homes a year. 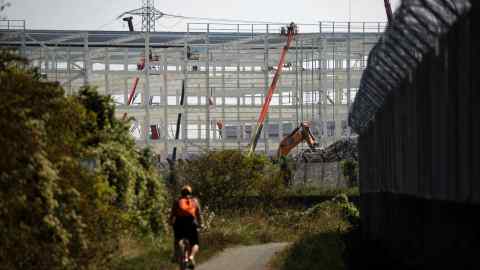 Breach said the most attractive element of Johnson’s proposals were their capacity to break the stranglehold of larger developers and to bring small builders back into the market.

The prohibitive cost and complexity of navigating the existing planning system had squeezed smaller builders over the past few decades and because cash-strapped local authority planning departments “are anxious to meet their housing targets but also want as little effort per home as possible, the impetus is to release big sites to a big developer”, he added.

The Conservatives have introduced planning changes since Johnson became prime minister election in 2019, making it easier for homeowners to extend their properties upwards and loosening restrictions on converting shops and other commercial high-street units into flats.

But compared with the proposals outlined by Johnson last year, these interventions do little more than tinker with the planning system, according to developers.

Gove, whom Johnson has tasked with turning his “levelling up” slogan to narrow regional inequalities into substantive policies, must decide whether radical planning reform is part of this agenda.

Ike Ijeh, senior fellow at the Policy Exchange, a think-tank, said such reform was a must. “We can’t leave planning as it was,” he added. “All the structural deficiencies are too well known and, if the government is serious about levelling up, they can’t get away with not reforming it any more.” 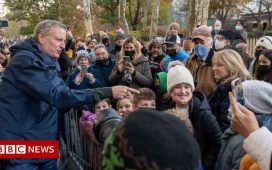 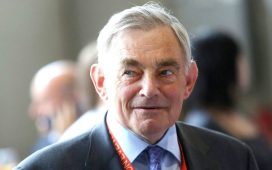 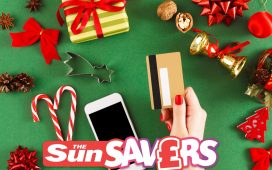