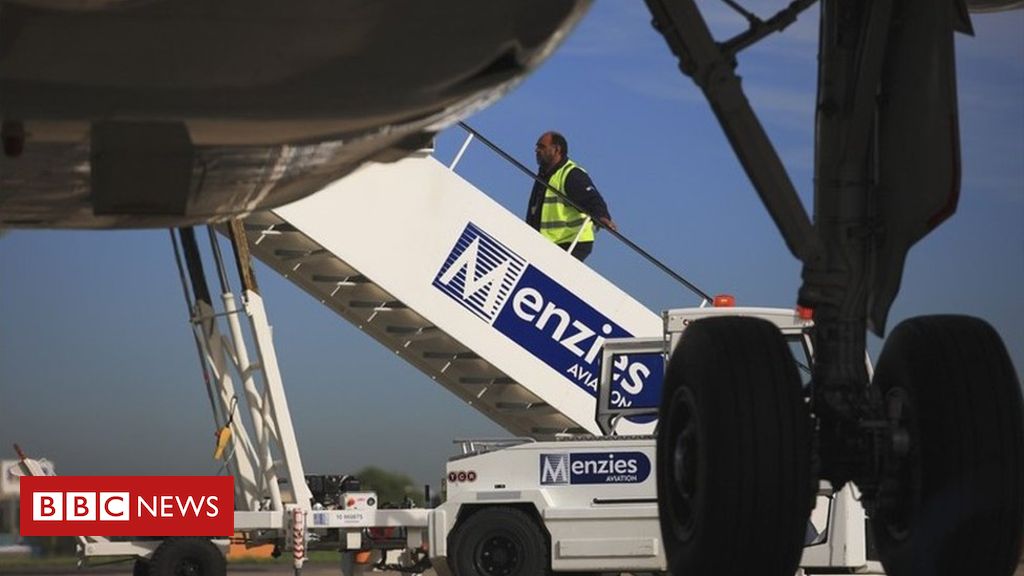 Aviation services firm John Menzies has announced it has cut more than 17,500 jobs worldwide as it struggles to deal with the major slump in air travel caused by the coronavirus outbreak.

The Edinburgh-based firm said the move was part of a major effort to cut costs.

The job losses represent more than half the group’s total workforce.

The company said its international and domestic airline customers had been grounding passenger flights “on an unprecedented scale”.

The number of flights handled in the past two weeks has fallen by more than 60%, while volumes in the cargo sector have dropped by about 20%.

In a trading update, the company said those who had lost their jobs were being supported in some countries by governmental schemes and it hoped that “in the fullness of time a high number of these employees can return to the business”.

Menzies also revealed that it was attempting to secure some of the emergency funding for businesses announced this week by the chancellor of the exchequer and was currently engaged in “constructive discussions” with its lending banks.

As part of its cost cutting measures, all of the company’s directors and senior management have now taken a 20% pay cut.

Chief executive Giles Wilson said: “John Menzies plc has existed since 1833 and been listed since 1962 but never have we faced such difficult and unpredictable times.

“Our industry has been one of the most affected by Covid-19 and we are doing everything we can to reduce costs whilst looking after the needs of our employees.”