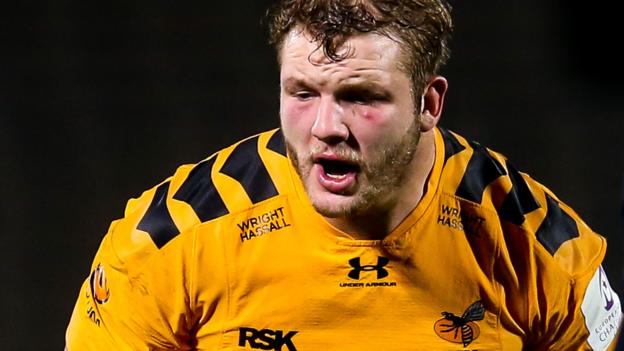 Wasps captain Joe Launchbury has signed a new undisclosed-length contract with the Premiership side.

Launchbury has 62 international caps and was part of the England squad that reached the World Cup final in Japan earlier this month.

“There have been some special moments during the past 10 years and I want to create more of those over the coming seasons,” he told the club website.

“Hopefully as a club we keep developing and growing more and more Premiership-class players, and compete for silverware moving forward.”

Launchbury made his top-flight debut for Wasps in 2011 as a teenager, skippering them to the Premiership final in 2016-17.

In England colours he featured at the 2015 World Cup and was a part of the 2016 Six Nations Grand Slam-winning squad.

“He is a born leader, who adds a lot to this team and having someone of his ilk pledging their future to the club is a real statement of intent,” said Wasps director of rugby Dai Young.