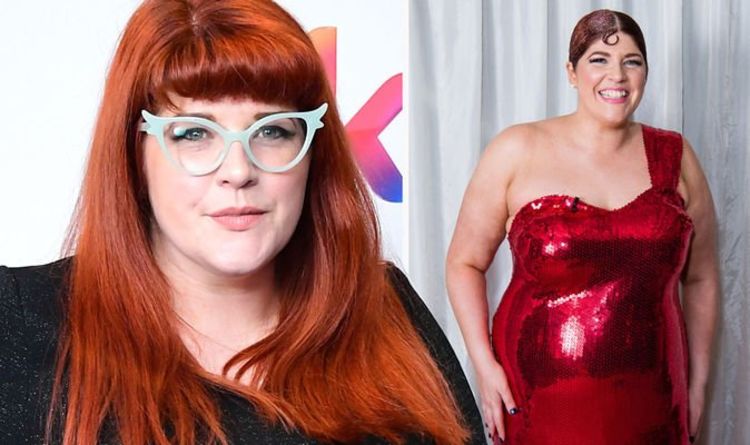 The Chase star Jenny Ryan responded to a social media user, who wanted to see her commentate on the semi-finals of The Eurovision Song Contest. The 38-year-old, who is known as The Vixen on the ITV game show, is a huge fan of the show and told the fan that she’s “in”.

The Twitter user said Jenny would be “truly iconic” if she got the chance to be involved, with TV presenter Rylan Clark-Neal.

They even called for a petition on the matter.

The Supermarket Sweep host has provided commentary with Scott Mills since 2018 and was also a panellist on the programme to pick the UK’s entry in Eurovision: You Decide.

The 65th edition of the Eurovision Song Contest is set to take place in May.

READ MORE: Ralf Little on moment he refused to do in Death In Paradise season 10

Back in 2019, Jenny took part in the celebrity edition of The X Factor and revealed her love of Eurovision.

During the competition, she performed not one, but two songs from the show.

Jenny performed Euphoria, the 2012 winning song by Loreen from Sweden.

She also sang Rise Like A Phoenix by Conchita Wurst for Austria, which won the contest in 2014.

The quizzer finished in third place in the singing contest, behind TOWIE star Megan McKenna and twins Max and Harvey.

This year’s Eurovision Song Contest is scheduled to begin on May 18, with the grand final taking place on Saturday 22.

It is due to be held in Rotterdam, the Netherlands, after the country won the contest in 2019.

The competition did not take place last year due to the coronavirus pandemic.

The BBC have said that the United Kingdom will participate in the 2021 contest, although James Newman, who was due to represent the country, has not been confirmed yet.