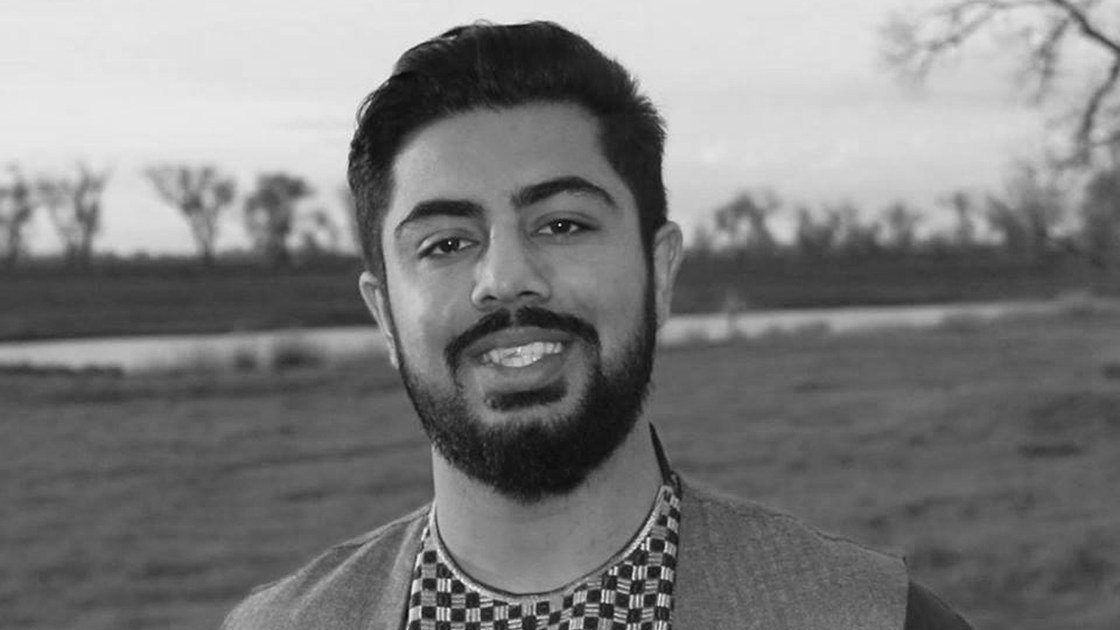 Absolutely. Afghanistan doesn’t appear much in video games, and, when it does, it’s usually as some sort of propaganda for the American military. But when I found out that not only was the next Metal Gear Solid (my favorite gaming franchise of all time) going to be set in Afghanistan but that it had missions where you could actually assist Afghan mujahideen fighters, I revelled at the thought. While playing the game, which is set in a fictional depiction of the Northern Kabul province, only about forty miles from my home village in Logar, I kept thinking how surreal it would be if I could leave Northern Kabul and explore Logar. My brothers and I joked about the idea, but it stuck with me and eventually led to this story.

In the story, the character playing the game does go off course and believes that he finds his family’s compound in Logar. Does the game offer that degree of accuracy?

To Hideo Kojima’s credit, the Afghan locale in Metal Gear Solid V is incredibly immersive and brilliantly detailed, and, while the locations in the game are probably more arid and less lush than the real Northern Kabul, its version of Afghanistan does look a great deal like certain segments of Kabul province. The clay compounds, the trails, the rugged mountains, the wildlife, the Pashto are all very impressive. Kojima is well known for pushing the boundaries of what a video game can accomplish, especially in terms of world building. Nonetheless, had the game actually been set in Logar, I might have been more disappointed by its depiction, as I often am by my own portrayal of Logar.

Like the character in the story, you grew up in the United States, but your father was from Afghanistan and, as a child, you went to Logar to visit his relatives. How much did you draw on your own family history when writing this story?

Quite a bit. As in the story, my father’s only younger brother, Dawlat Khan, was murdered as a teen-ager during the Soviet occupation of Afghanistan. His story has haunted my family for many decades now and was at the heart of our departure from Afghanistan, but I grew up hearing only bits and pieces of it. When I was young, my father always made sure that we mentioned our martyred uncle in our prayers. His name carried so much weight in our household that we always seemed to whisper it. And, as much as it hurt them, my relatives refused to forget what had happened to him. A black-and-white photograph of him still hangs in our living room—a testament to all we have lost to war.

Why did you choose to write the story in the second person?

I’ve always found the second-person point of view to be oddly intimate and alienating. When I first read Jamaica Kincaid’s “Girl,” for example, I felt both assaulted and also personally engaged by the narration. It disrupts the very nature of the subject-object relationship. In the process of reading, “I,” the reader, becomes “you,” the addressee. I’ve always had a similar feeling of intimate alienation while playing video games, especially first-person shooters, where, in certain moments of intense gameplay, like a fire fight or a raid, you become totally immersed and feel as if it were “you” in the game, shooting and running and being shot. For me this sense of becoming the shooter in first-person gameplay was often disrupted by the depiction of the enemies in video games like Call of Duty. There I am in the game, playing as a white soldier, and all of a sudden I’m murdering an Afghan man who looks just like my father. Or even like me. My status as the hero facing the enemy, as the subject facing the object, falls apart. “I shoot you” becomes “I shoot me.” I wanted to capture that sort of alienating intimacy in my story. Second person seemed like the best way to go about it.

Near the beginning of the story, we find out that the character’s father has something to tell him “that is either upsetting or horrifying or both,” but we never find out what it was. Do you know?

I have an idea. I’m never completely sure until I write the actual scene. It’s either about the father’s deteriorating mind and body or it’s about the larger state of surveillance that has been weaponized against the Muslim community in America. I’m not sure which one, or how much these two issues are interrelated for this father.

Your hero wants very much to make contact with his father in the context of the game, but he does everything he can to avoid his father in real life. A contradiction or just human nature?

Both? Connection, in general, can be an impossible goal, but the children of refugees trying to reach a point of understanding with their parents often have to deal with additional forms of disconnect—the loss of language, the weight of guilt, the shame of difference, the pressures of societal discrimination, and memories of incomprehensible trauma. It can be daunting. The father in this story has suffered such immense loss, such unimaginable pain—I think it frightens our protagonist, who has lived a comparatively sheltered life, and I think he understands that, in order to reach his father, to connect with him, he must, in some way, suffer with him, too.

Your first novel, “99 Nights in Logar,” came out almost a year ago. Is this story in some way connected to the book? Are you working on a story collection now?

Yes, many of the central characters from “99 Nights in Logar” are present in this piece. The story of Watak also plays a prominent role in “99 Nights,” and Logar is a setting I keep returning to, over and over, in my fiction.

I am currently working on a story collection.