A TORY MP today came out as trans for the first time ever – and revealed he has been raped and blackmailed in a horrific ordeal.

Dr Jamie Wallis, the MP for Bridgend in Wales, announced he has officially been diagnosed with gender dysphoria but has “felt this way” since childhood.

The 2019-intake backbencher, 37, said: “I have never lived my truth and I’m not sure how. Perhaps it starts with telling everyone.”

Boris Johnson praised the MP for showing “an immense amount of courage” and paid tribute to him at the top of PMQs.

Dr Wallis thanked people for the “outpouring of support” and clarified he was keeping he/him pronouns for now.

In a moving statement released at 3am Dr Wallis revealed he was raped in September after refusing to have sex with an internet date.

He said: “I ‘hooked up’ with someone who I met online and when I chose to say ‘no’ on the basis that he wouldn’t wear a condom he chose to rape me.

“I have not been myself since the incident and I don’t think I will ever recover. 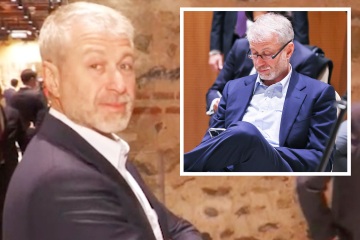 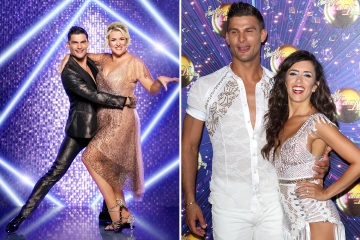 Dr Wallis said he was “outed” as trans to his father in April 2020 and had pictures sent to family members in a blackmail ordeal.

He said the blackmailer demanded £50,000 to “keep quiet” but eventually was jailed for 2 years.

The MP also admitted fleeing the scene after crashing his car in November last year “because I was terrified”.

He said: “I have PTSD and honestly have no idea what I was doing except I was overcome by an overwhelming sense of fear.”

Dr Wallis released the Twitter statement in the small hours with the words “It’s time.” after enjoying a get-together dinner with Tory MPs.

He said he has received “incredible support” from colleagues and the party whips through tough times, convincing him to speak out.

He said he expected to “leave politics well before I ever said this out loud”.

His moving statement was met with a slew of support from fellow Tories online.

“Thank you Jamie Wallis for your bravery, which will undoubtedly support others.

“The Conservative Party I lead will always give you, and everyone else, the love and support you need to be yourself.”

Rutland MP Alicia Kearns tweeted: “Your bravery will give hope and courage to people across our country. From the trans community, to survivors.

“We are here for you, as you live your life as your true self, but ever as our friend.”

Labour’s shadow health secretary Wes Streeting said: “Sending you love and solidarity from the other side of the Commons. This is hugely courageous of you to share.”