Manchester City winger Jack Grealish has revealed that he came agonisingly close to joining Manchester United before sealing his British-record move to the Etihad Stadium a year later. The 26-year-old recently became the most expensive player in Premier League history upon joining the defending champions in a £100million move during pre-season.

Grealish was expected to leave Aston Villa sooner or later after establishing himself as one of the division’s finest attacking players over the last few years.

The likes of United, Tottenham and Chelsea were heavily linked with the England playmaker, but City ultimately emerged as his next destination over the summer after deciding to act on their interest in his services.

They matched Grealish’s nine-figure buyout clause before tying him down to a lucrative six-year deal and handing him the iconic No 10 shirt that was previously vacated by Sergio Aguero.

Grealish has since registered 15 appearances for City in all competitions, chipping in with two goals and three assists in the process.

However, things could have turned out very differently if United had succeeded in bringing him to Old Trafford a year ago.

The player himself has admitted that he was tempted by the idea of joining the Red Devils before choosing to stay at Villa and sign a new contract with his boyhood club.

“I was really close to going, but nothing happened in the end,” Grealish told The Telegraph.

“We played United in a pre-season game on Saturday and I wasn’t supposed to play in a cup game at Burton. But after the United game I said to [Villa chief executive Christian] Purslow and my agent: ‘If I’m not leaving, I’ll sign my new contract’.

“I went in with my dog on Tuesday morning, signed the deal, and played later that day. We all agreed on the clause and if any team hit that, it’s a win-win because it means I’ve had an unbelievable season and Villa got £100m.”

Grealish went on to finally call time on his spell at Villa earlier this year, but it was not an easy decision for him to make by any means.

He joined Villa at the age of six and was revered by the club’s supporters after breaking through the club’s academy setup and earning the captain’s armband as a first-team player.

However, his pre-season departure appears to have soured his reputation among a section of fans, which is something that he regrets.

“You can’t imagine how hard it was for me to leave,” added Grealish.

“I went for a run in the morning, a load of people took photographs of me and it was all on social [media] that I was staying.

“I came back and had to address all the players and staff. There were about 70 people there.

“I spoke for about a minute-and-a-half, then I had to stop because I had a lump in my throat and was crying. I was a bit surprised by some of the backlash when I left.

“I’d never want a toxic relationship with anyone there. I owe everything to them and I wouldn’t be at City without Villa.” 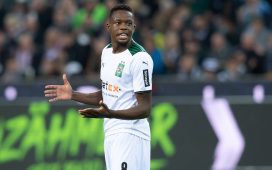 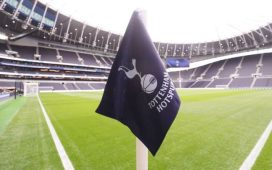 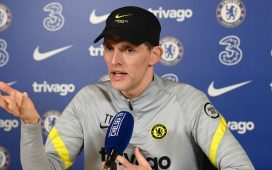