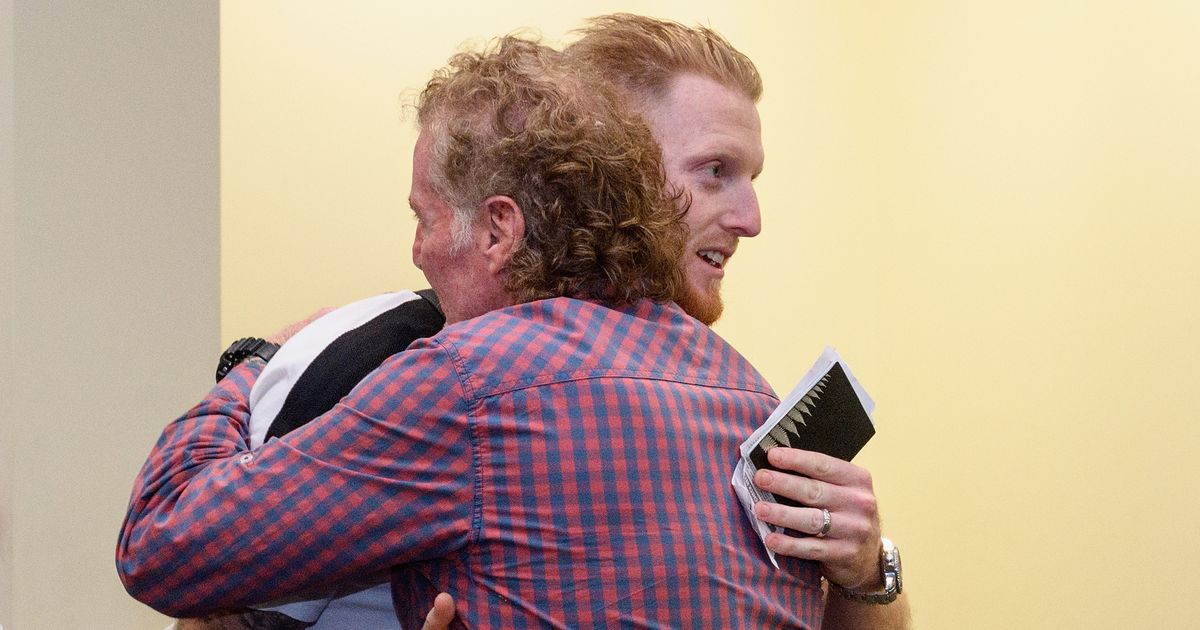 At the end of the most memorable of years I am finding it quite hard to sum up 2019 right now.

There have been some unbelievable highs, and some real lows, but to see out the year with my dad in hospital has put things into perspective.

If someone could say ‘I’ll take everything away from you that happened this summer, but your dad is happy, healthy and watching you play cricket’ then I’d say yeah, swap it.

Thankfully where he is now to where he was when he went in has been an unbelievable turnaround, but he’s got a way to go.

You think that something like that is never going to happen to you or your family so when it does hit so close to you it is a bit of a jolt.

We’ve nicknamed it ‘The Cursed Tour’ so far because it wasn’t a great time for us in terms of the team trying to build up to an important Test series.

We’ve had the illnesses moving through the camp and then for me personally with my dad and all the worry that came with it, it was less than ideal preparation for trying to perform at the highest level.

The care that he has had while we’ve been here has been absolutely fantastic and I can’t thank everyone involved enough. Our physio Craig de Weymarn has stepped up massively to help out. He’s done so much more than he’s supposed to do, and he’s been so busy looking after the lads who have been sick as well.

The local Dr Gavin Shang has been incredible and couldn’t have done anymore for my dad and the family at the hospital in Johannesburg, and the support we’ve had from elsewhere like from Cricket South Africa through Graeme Smith and Mark Boucher has been really appreciated.

In the dressing room we have really been battling through a tough time of it with sickness, and without looking for sympathy it is fair to say guys really put their bodies on the line to get out there and give everything they had to fight for England as much as they could.

It was the dodgiest changing room I’ve ever been in and at one stage during the first Test I thought we were going to have to get an emergency order of toilet paper in Centurion, it was that bad. But there was no complaining, guys just got on with it and went into quarantine where necessary.

Playing Test cricket is hard when you are 100 per cent fit and have no issues like I am now. And even with perfect preparation you can still come a distant second. To try and get to the level you need to when people have been so ill before the match and then during, it is a heck of an ask.

It will never be an excuse, but I hope people can understand that physically and mentally it was a huge challenge, getting up in the night, not sleeping, not eating. It all has an effect and over the course of a match you really feel it.

We know it is a big disappointment to have lost and we didn’t make the most of the situations we got ourselves into on day one and day two, but the boys fought as hard as they could and the game was a competitive contest because of that.

There was even the thought that maybe we could make history again because we had lots of time like we did at Headingley and one big partnership would have made it interesting. This time, it was a bridge too far.