'It's a boys club': Johnson accused of running ‘blokey’ government


Boris Johnson is being accused of overseeing an “incredibly blokey” government, as analysis of the latest Whitehall shake-up shows key decisions are in the hands of a tight circle of powerful men.

The prime minister has proudly called himself a feminist, and when he was foreign secretary he was a vocal advocate of girls’ education as a “Swiss army knife” to tackle many of the world’s ills. But Westminster insiders say few women can break into the inner circle, dominated by Johnson, Michael Gove and Dominic Cummings.

“It’s a boys’ club,” said one woman who has worked closely with Johnson. “I don’t think he realises what he’s doing. I don’t think he intentionally cuts women out, I just think he has a view of the female role and that is never at the top table.”

One startling indicator of male dominance is the makeup of the cabinet committees where many crucial decisions are taken.

Under a shakeup announced last month, the direction is set on key issues – including Brexit, the Covid-19 pandemic, the economy and climate change – by tight “strategy” committees of cabinet ministers, chaired by Johnson. Day-to-day implementation is then overseen by larger, “operations” committees, most chaired by Gove, which involve a wider group of relevant ministers.

The strategy committees are overwhelmingly male, and entirely so for climate, which consists of seven men, and the domestic economy, which is made up of Rishi Sunak, Johnson and Gove, with others summoned to appear when required.

For Covid-19 strategy, there are six men and one woman, Priti Patel, the home secretary. Covid-19 operations is all male with Gove in the chair, Sunak in attendance and Matt Hancock swapped in for the prime minister.

The approach echoes that taken at the height of the pandemic, when Johnson was hospitalised with the coronavirus and day-to-day decision-making was by a “quad” of senior ministers, all men.

When the prime minister returned to the frontline and became exercised about the scale of the crisis in the tourism and hospitality industries, the “save summer six” given the task of kickstarting recovery were also all men.

The culture secretary Oliver Dowden’s announcement on Thursday that beauty salons would be allowed to reopen followed a backlash from female Conservative MPs who complained on WhatsApp groups that the industry had been ignored.

Jill Rutter, a senior research fellow at UK in a Changing Europe, said: “Cummings has always had this view that you can’t have decisions made in big committees, and most of the top jobs are done by men.”

Tim Montgomerie, who worked for Johnson for a few months in Downing Street, complained in the New Statesman of what he called “Dom’s frat house”, complete with joshing nicknames – though one Whitehall source insisted the recently departed cabinet secretary, Mark Sedwill, also had a hand in creating what they called a “macho” culture.

But the same word is also often applied by friends and foes to Johnson, who bulldozed his way through last autumn’s election campaign in a wide selection of hard hats, last month ordered a repaint of the prime ministerial plane, and recently dropped to the floor to perform a press-up for photographers.

No 10 sources insist Johnson’s Downing Street is not hierarchical, and point to the head of his policy unit, Munira Mirza, and fixer Cleo Watson as examples of women to whom he listens.

But Rutter said: “It’s Munira Mirza and a bunch of blokes: I think this is an incredibly blokey government.”

She pointed to recent appointments of officials including the new permanent secretary at No 10, Simon Case, under whom will sit two senior directors, Tom Shinner and Simon Ridley.

The work and pensions secretary, Thérèse Coffey, who oversees the complex welfare system and whose department has processed a dramatic surge in benefits claims throughout the Covid-19 crisis, never got the chance to front the daily press conference. The junior minister Penny Mordaunt is widely regarded as being on the naughty step after criticising Cummings’s trip to Durham during lockdown.

Several female special advisers have left, including Sonia Khan, a former adviser to Sajid Javid, who was marched from Downing Street by armed police after being sacked by Cummings and is currently pursuing a sex discrimination claim.

No 10 insiders insist they are meritocratic, and complain of a lack of senior women to choose from. “It’s not a Conservative problem, it’s a politics problem,” said one, pointing out that lower ministerial ranks and junior jobs such as parliamentary private secretaries were much more evenly balanced.

But Amber Rudd, the former Conservative home secretary who stepped down from parliament at the last general election, said: “The fact that they have concentrated power into such a small group means it’s easier to exclude women and make it look like a coincidence”.

When Hancock, the health secretary, was challenged about ethnic diversity in Johnson’s cabinet, he said: “It’s diversity of thought that’s the really important thing when you’re taking those big decisions around the cabinet table.”

Alex Thomas, of the Institute for Government, said the new committee system showed that a very small group are in control. “Whatever their protestations, this clearly is a centralising government, and this provides the mechanism to draw the levers to the centre,” he said. “The trio at the heart of government – Johnson, Cummings and Gove – is ever more apparent.”

Rutter pointed to the daily coronavirus press conferences, chaired in almost all cases by a man, as another indication of where the power lies. “When you see their spokespeople, it looks a bit like a throwback to the 1960s – without Barbara Castle,” she said.

No 10 hopes to hire a woman to chair the new televised daily lobby briefings that will form part of a radical shakeup of government communications, but their role will be to defend and explain decisions rather than make them.

Sam Smethers, the director of the equality charity the Fawcett Society, said Johnson’s government had a “gender blind spot”, which she argued may have contributed to a string of issues including the reversal on free school meals and the lack of any support for childcare in Wednesday’s summer statement. “They just don’t get it,” she said. 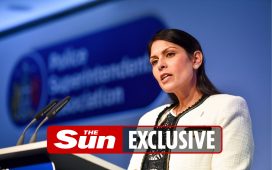