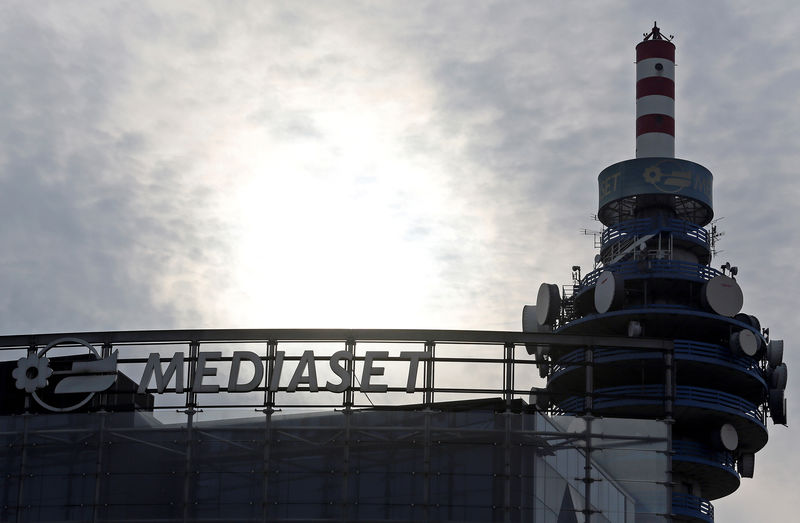 © Reuters. FILE PHOTO: The Mediaset tower is seen at the headquarter in Cologno Monzese, near Milan

MILAN (Reuters) – An Italian court ruled in favour of a petition filed by French media giant Vivendi (PA:) to vote against Mediaset’s (MI:) reorganisation plan, the two companies said on Saturday, although the decision was not enough to scupper the deal.

Vivendi has been a hostile Mediaset shareholder since the tycoons who control them, Vincent Bollore and former Italian Prime Minister Silvio Berlusconi, fell out in 2016 over an aborted pay TV deal. They have been in a legal war ever since.

Vivendi said it wanted to vote against Mediaset’s plan because a bylaw of the new group’s structure would exclude it from voting at shareholder meetings.

The ruling only applies to the 9.6% stake Vivendi directly holds in Mediaset, as two-thirds of the French group’s 29% total stake is currently held by an arms-length trust called Simon Fiduciaria, which has so far been barred from voting by an Italian court.

That leaves the French group with 9.99% direct voting rights.

Mediaset said in a statement on Saturday it was satisfied with the decision of the Milan court.

It added that the ruling explicitly barred Simon Fiduciaria to take part to Mediaset’s Sept. 4 meeting, where its shareholders will be asked to approve the creation of a new Dutch holding company, dubbed Media for Europe (MFE), which will carry out a reverse takeover of Mediaset and Mediaset Espana (MC:).

“If Mediaset prevents Simon from voting then the EGM will be severely tainted by serious irregularities,” a spokesman said in a statement. “A complaint would then be lodged with the Court.”

Simon Fiduciaria has registered to vote at Mediaset’s Sept. 4 shareholders’ meeting, a source said on Friday.